That's right - screw your Imperial Knights (which aren't Titans by the way). Just a few hours ago an email came through confirming the sale of an Eldar Bright Stallion Knight made in the Armorcast era, with very limited castings, if I recall correctly it was only half a dozen or so. 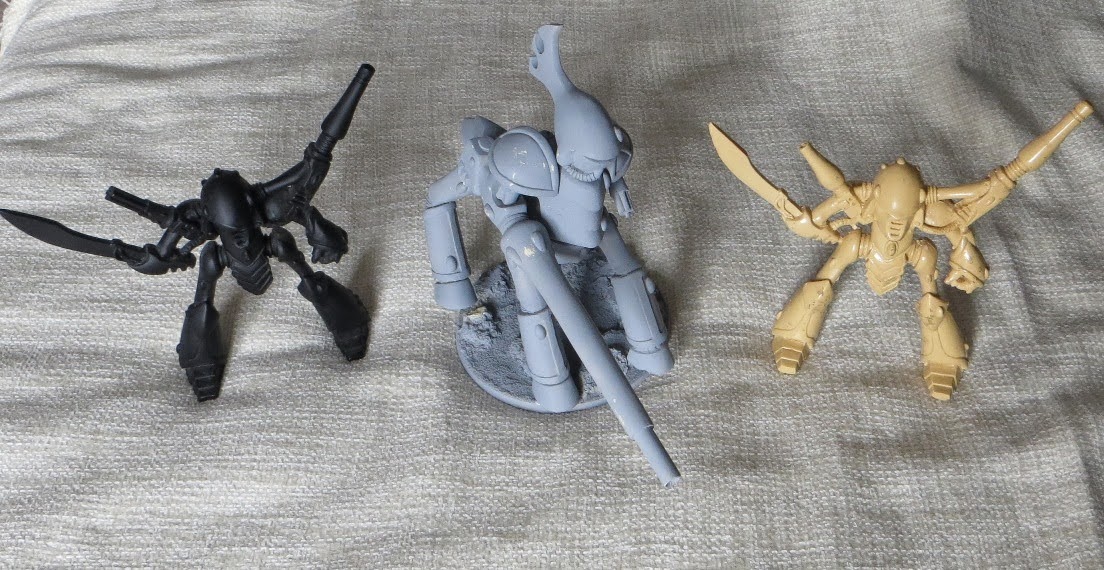 Above: This isn't the model i've bought... its a good friends photo, so hope he doesn't mind me borrowing it! (Thanks Jon!). Either side of the Bright Stallion, the Towering Knight Destroyer, that Mike Biasi designed which later became the Armorcast production version. 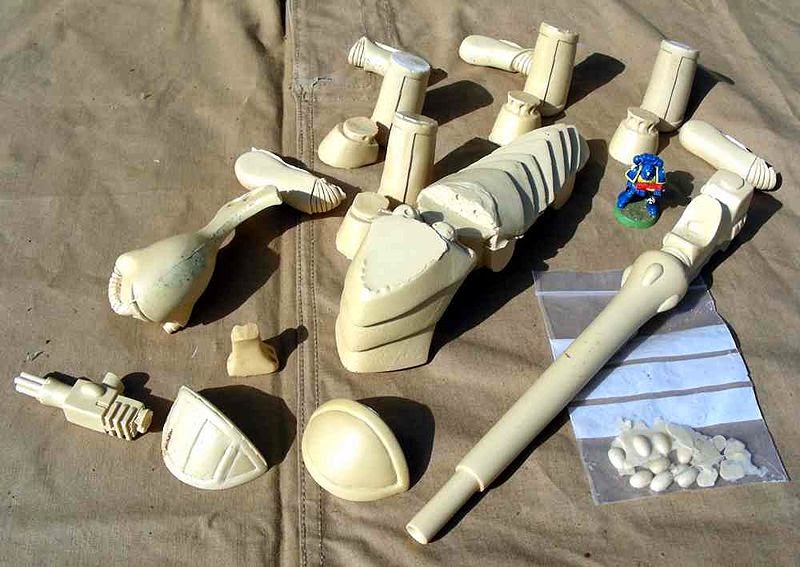 Above: The Bright Stallion kit, image from the Collecting Citadel Miniatures Wiki.

Whilst there are newer versions made from the most recent Wraithknight kit (which look spectacular by the way, kudos to the German lad who kitbashed them), this old cast was an upscaled version of the Epic equivalent.

Back in the day, there were three Knights on the block; The Firegale, Towering Knight Destroyer and Bright Stallion. To my knowledge the Firegale was never made though, sadly. One might argue that the new Wraithknight fills that gap - and very nicely so.

Above: A more recent comparison of the various Knight kits (sans Bright Stallion) with the Firegale in the middle. Image from Apocalypse40k.com

In short, if this guy sees the table top, other Titans best watch their shins. Short of finding themselves hoping across the battlefield.
Posted by Dave Drinan