Laughing (God) All The Way To The Bank

By now (unless you've been under a rock) the news of Eldar Harlequins will definitely have hit full force. Not only are they being re-released for the first time as a full army in over 20 years, they're going for a multiple week deployment. 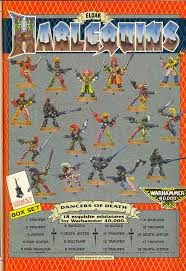 Previously, we have seen the Harlequins run a number of iterations over the years;

1. A full force in Rogue Trader - it was one of the first full armies available
2. Strong appearance in 2nd Edition - with the option to make a full force ignoring the 50% rule
3. As a chapter approved force (the Solitaire rules 'nuff said)
4. 4th Edition as an Elites choice
5. 6th Edition again as an Elites choice
6. Appearing as allies in both Dark Eldar and Corsair army lists
7. 7th Edition, now as what appears to be a full blown army, once again 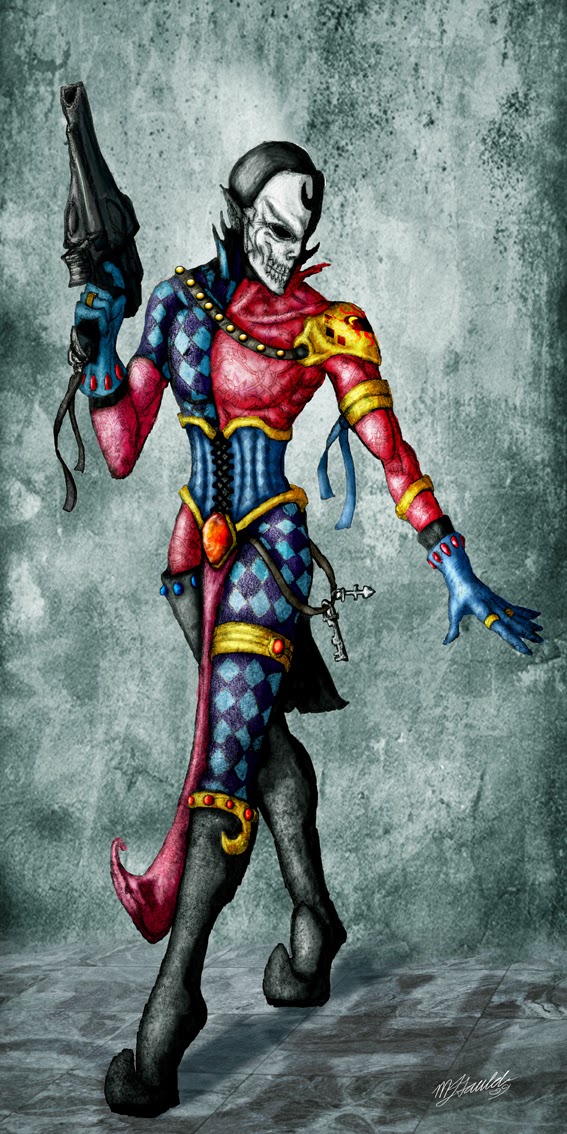 *They see me strollin' they hatin' - Artwork by Rav3nshadow on DeviantArt

As an avid collector of the Space Elve variety, a trip down memory lane is certainly warranted this week - as I believe all those who recall the Rogue Trader era Harlequin armies infinite glory to give a round of warm and fuzzies. So let's take a look at what is currently being released (that we are aware of right now).

1. Harlequin Troupe - These are the mainstay of a Harlequin force (or Masque in the case of multiple Troupes). Happy, back flipping, stabby Elves with a penchant for interpretive dance. 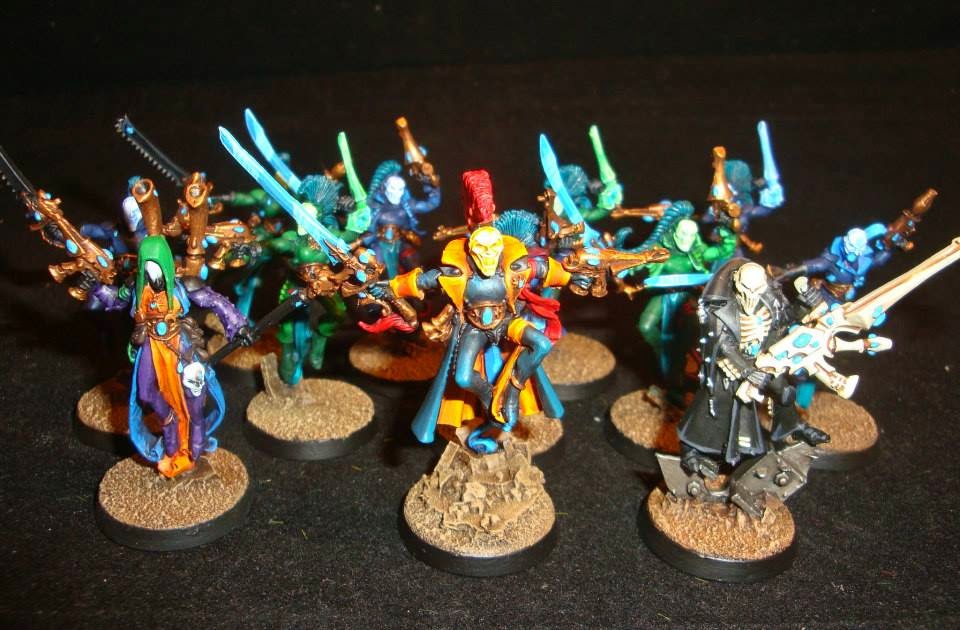 *The full Troupe, as represented in the current Eldar Codex

2. Harlequin Solitaire - You know that one male kid in school that wanted to become a Ballet dancer? The one that got picked on? This is what they become after years of taking shit a spandex ninja with a chip on their shoulder. This lad has (since the early days) the ability to make Hussain Bolt look like an amateur with a precision *&$k punch that will make your eyes water for days. 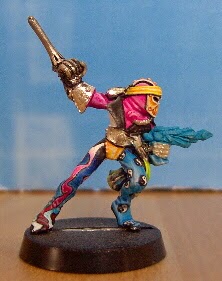 3. Starweaver - Just when you thought "Oh no, will Harlequins suffer the same fate as Tyranids with no transport options?", this puppy pops up in the army list. Once upon a time the Venom or Vyper were the "wheels of choice", well I guess papa got a brand new bag. While we're enthusiastically looking forward to pictures of this to be leaked, i've no doubt imaginations are running absolutely batshit wild right now. Mine certainly is.

So what goodies should we be looking forward to in the near future not yet seen?

1. Shadowseer - This guy began life as a Harlequin Warlock, or High Warlock depending on which models you had back in the day. Hopefully the "you're seeing things, man" trick will come back in full force, shading the Troupe/Masque from view until you're all up in their chops with "kisses".

2. Death Jester - This guy wins both most wicked face and chill pose of the lot. Historically holding a stoic posture with that "I'm the tits", look on his face, almost all of us can recall the party favour "Shrieker Ammo" this guy packs for shits 'n' giggles. Shits because the results is explosive, and this guys face is giggling already as he knows it. 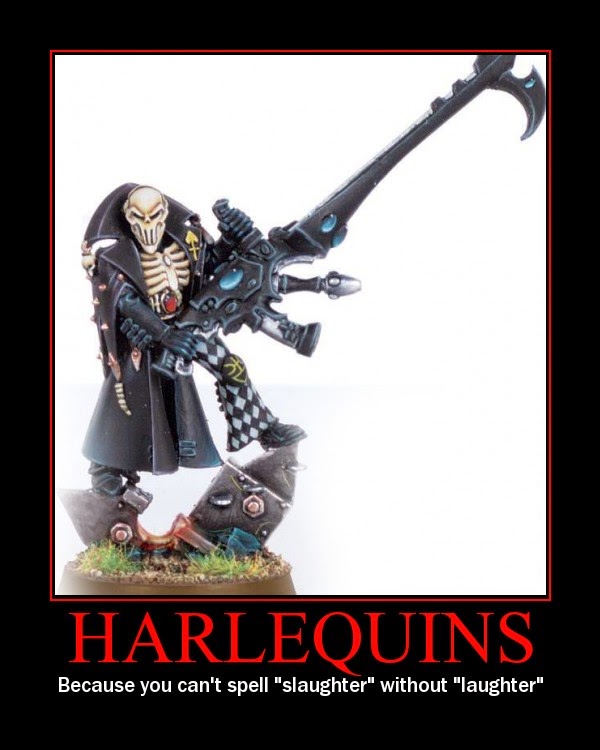 3. Mimes - These lads were tactical advisors and infiltrators, kinda like a bridge between a Ranger and an Exarch. If they do return, I expect their role to be akin to a scout/harasser function, like a Tyranid Lictor. Perhaps even with a passive area of influence.

4. High Avatar - Autarchs of the highest order, out to kick arse and take names. Fingers crossed this guy gets some funky abilities not too unlike a Corsair Prince (Night fighting anyone?). Anyone deifying the Laughing God himself is bound to cause a major underpants check in the enemies ranks. 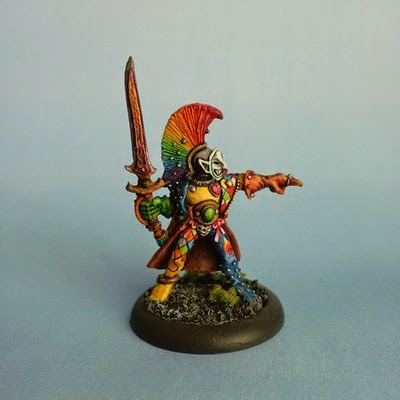 *Someone get over there and laugh at him...

5. Harlequin Jetbikes - If Ninja Clowns were not enough, make them even faster. We all know too well how nasty regular Jetbikes can be, and if Corsair Jetbikers were nastier... then these things are just going to be hilarious... just not for your opponent, who may perform the "Table Flip" maneuver in response. 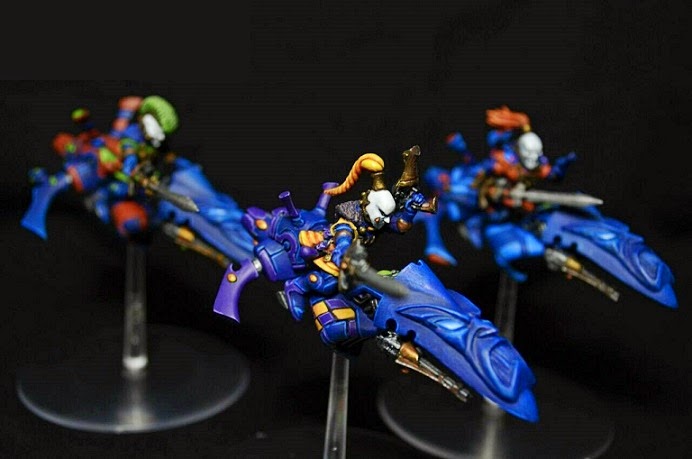 *Jetbike Clowns - The stuff of nightmares

So now we are collectively rejoicing over the following happy images, and how far we've come - the days of static pose metals (which were still quite dynamic in those days - look at Space Marines and you will know what i'm talking about), all the way to dynamic multi-part kits. By now most of you will have seen these, however it's nice to have for completeness. Over the following weeks, we shall all be enjoying the following goodies... 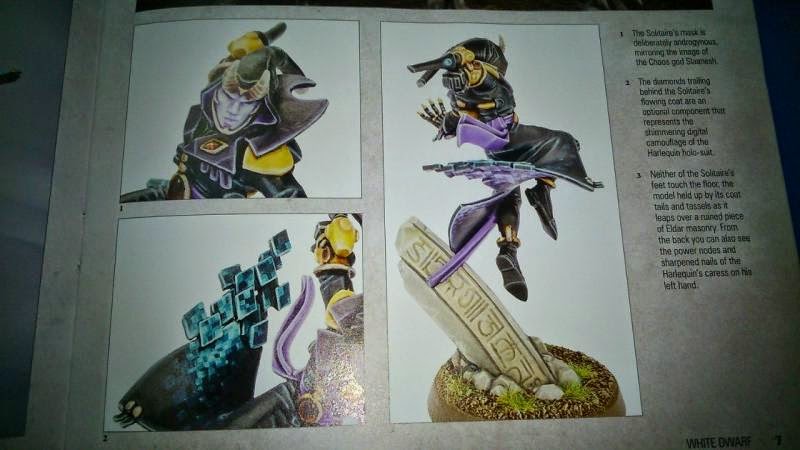 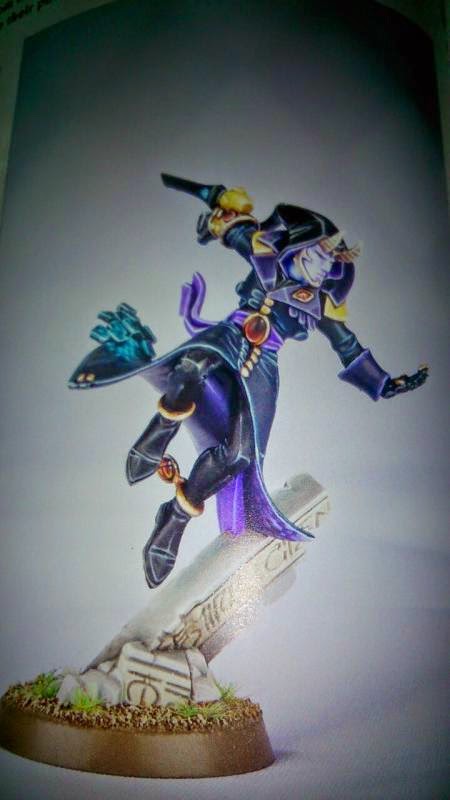 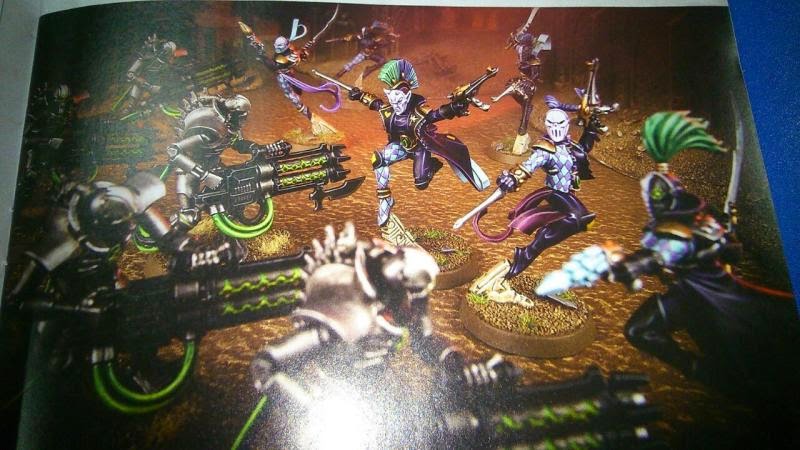