Back when the Hunter was being conceptualised, Steve and myself had been talking about how to mount the beast plus do something funky with a missile swarm - Robotech style (for those of you able to remember that era).

Little did I suspect Steve would combine both the swarmed missiles and mounting concept into one funky mess of madness. With the Chaos Predator acting as a scenic base anchor, copper rods were bent as struts which would be shrouded by smoke plumes. The final result? The beast looking like a seagul rapid firing turds of destruction at the hapless Predator underneath. On to the pretties. 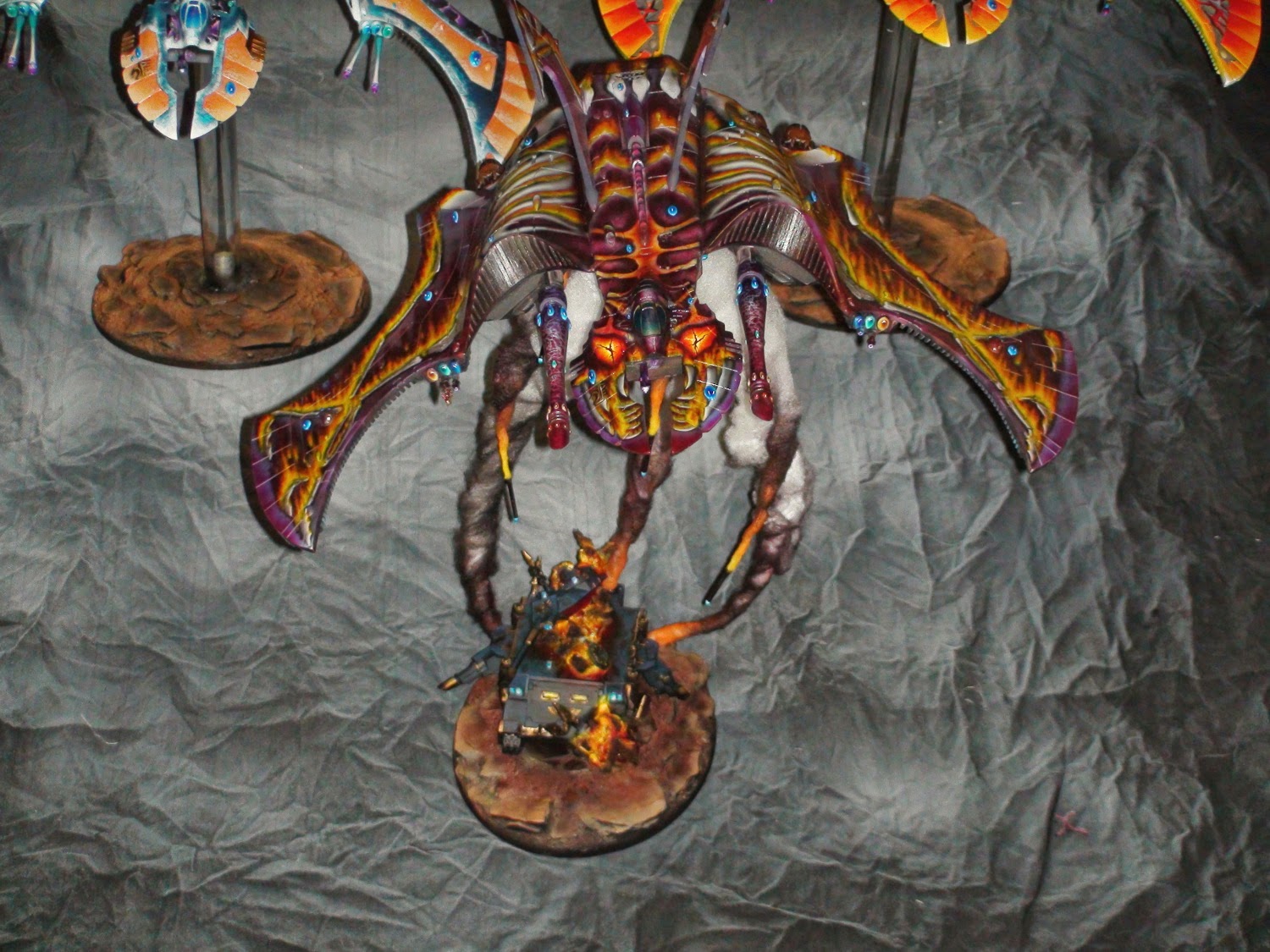 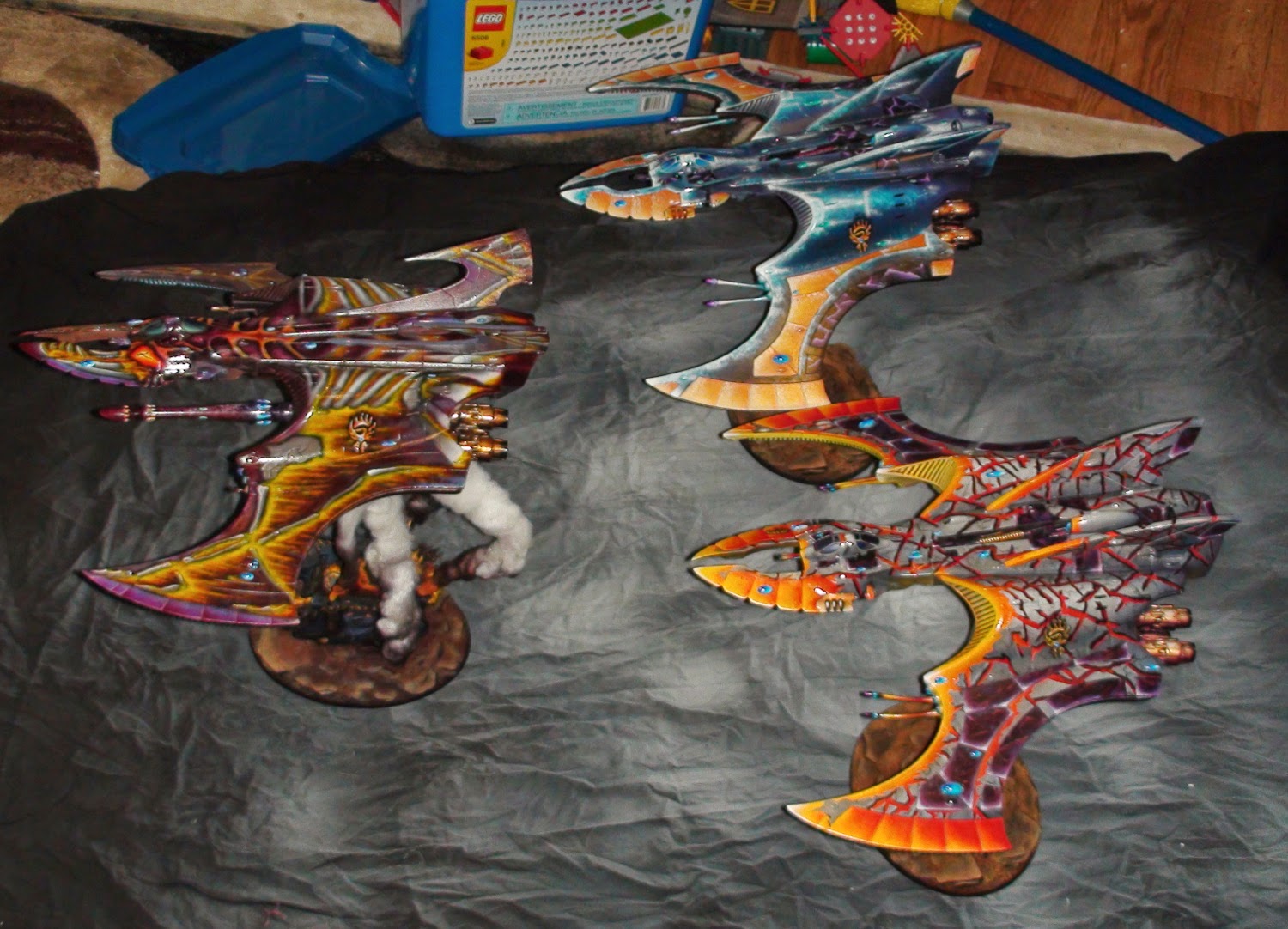 Stay tuned, there are a couple of extra goodies on their way as finishing touches ;)

UPDATE: As requested, some WIP shots of the scenic base and uncoloured smoke plumes as it all took shape. 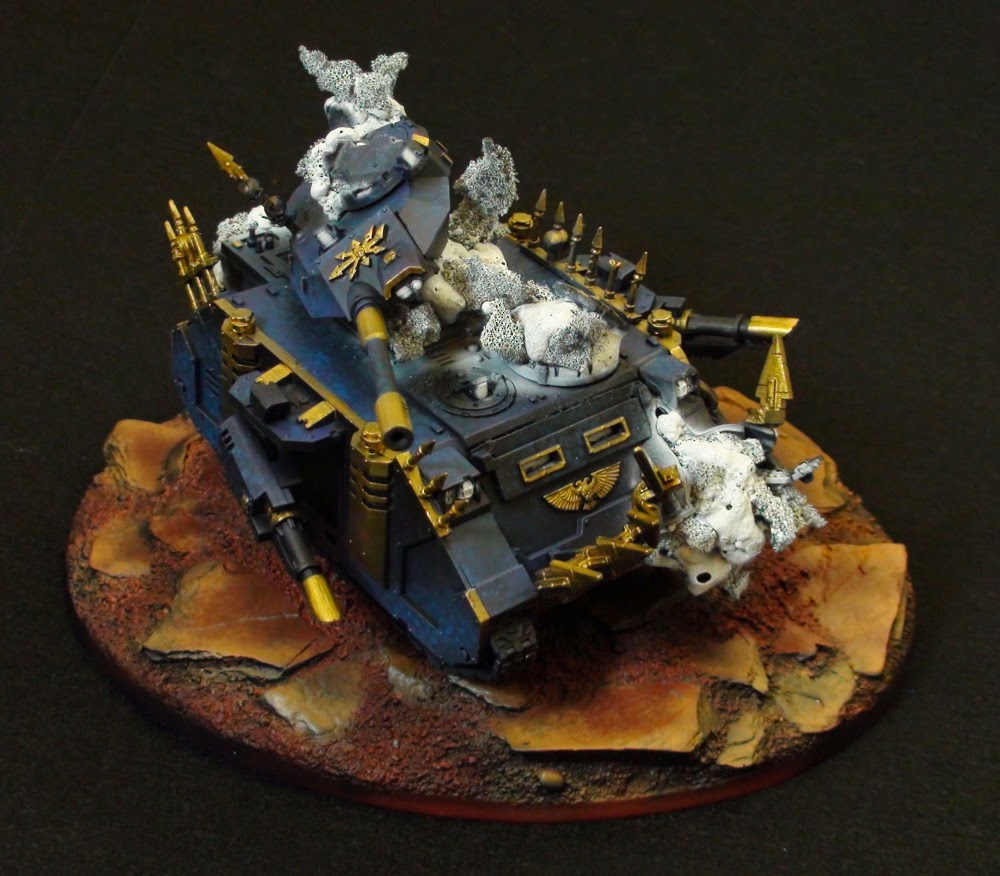 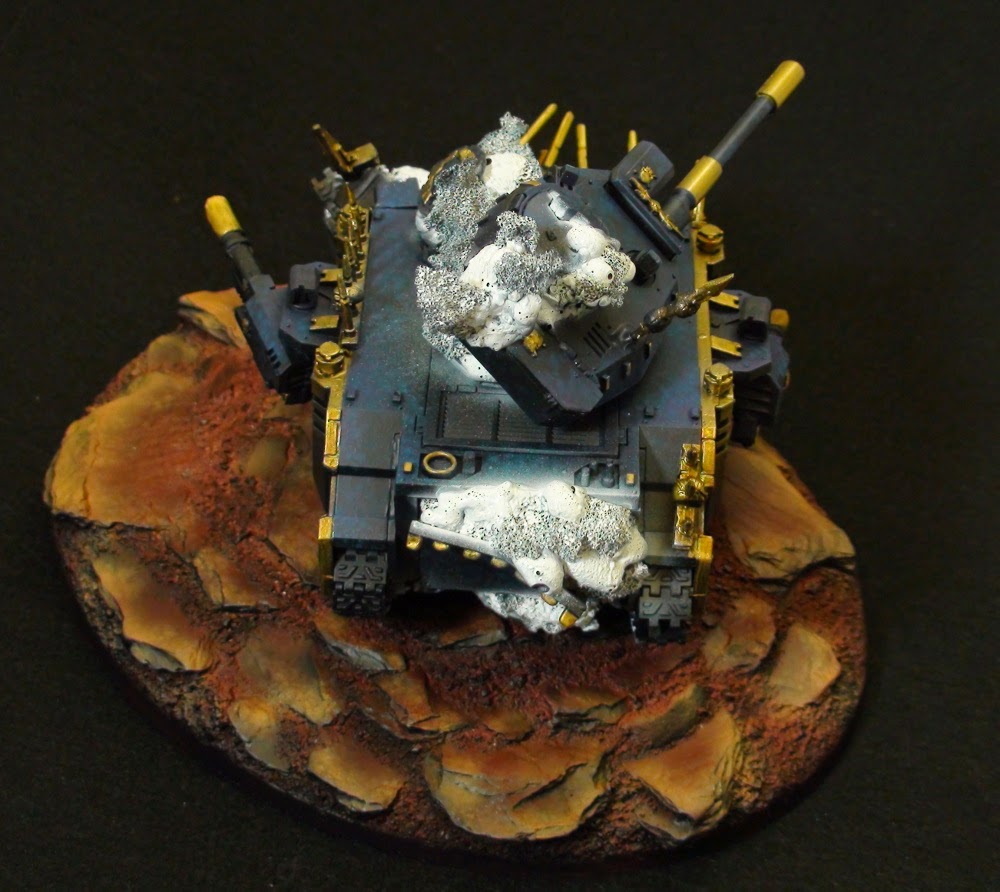 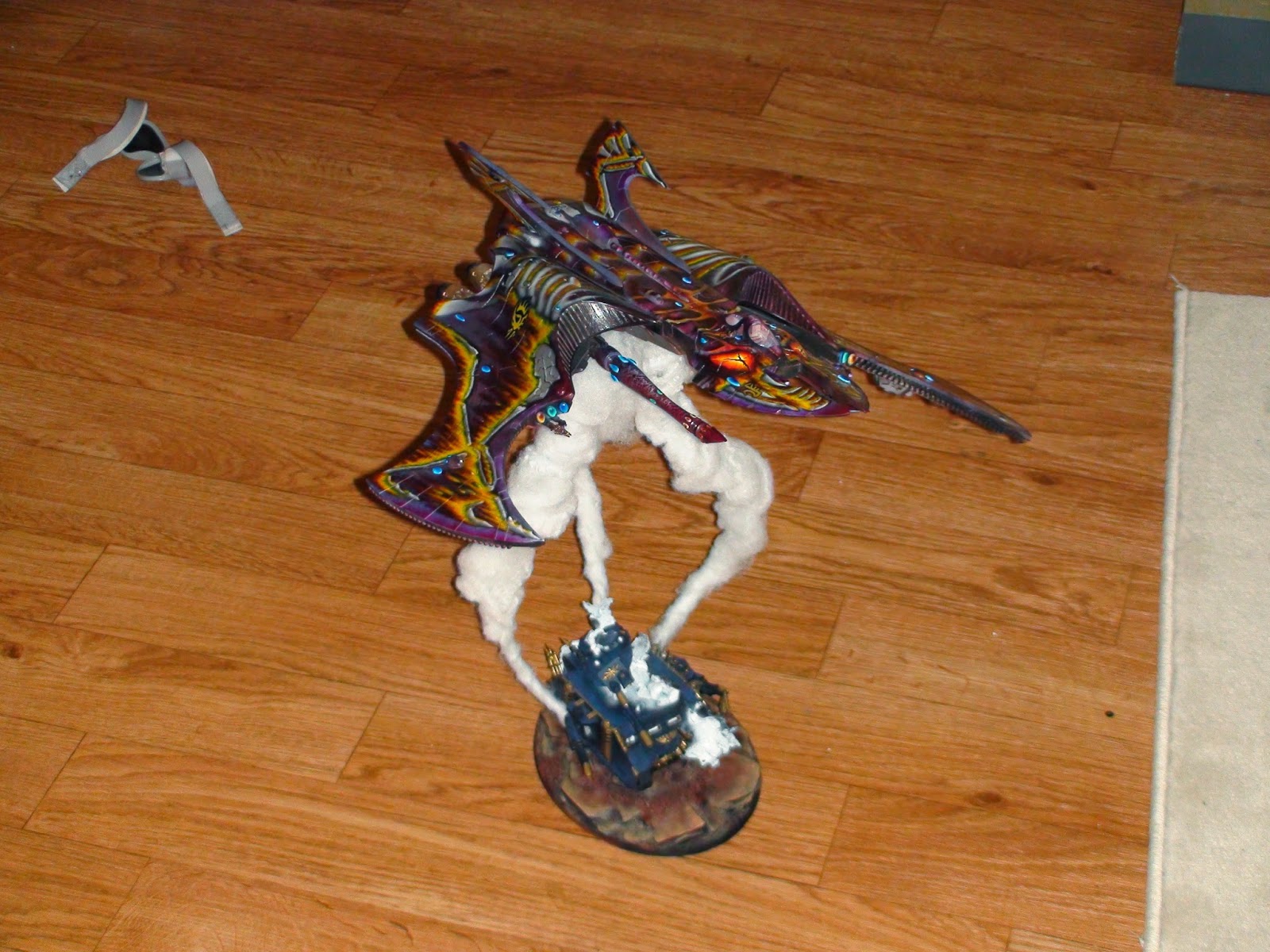 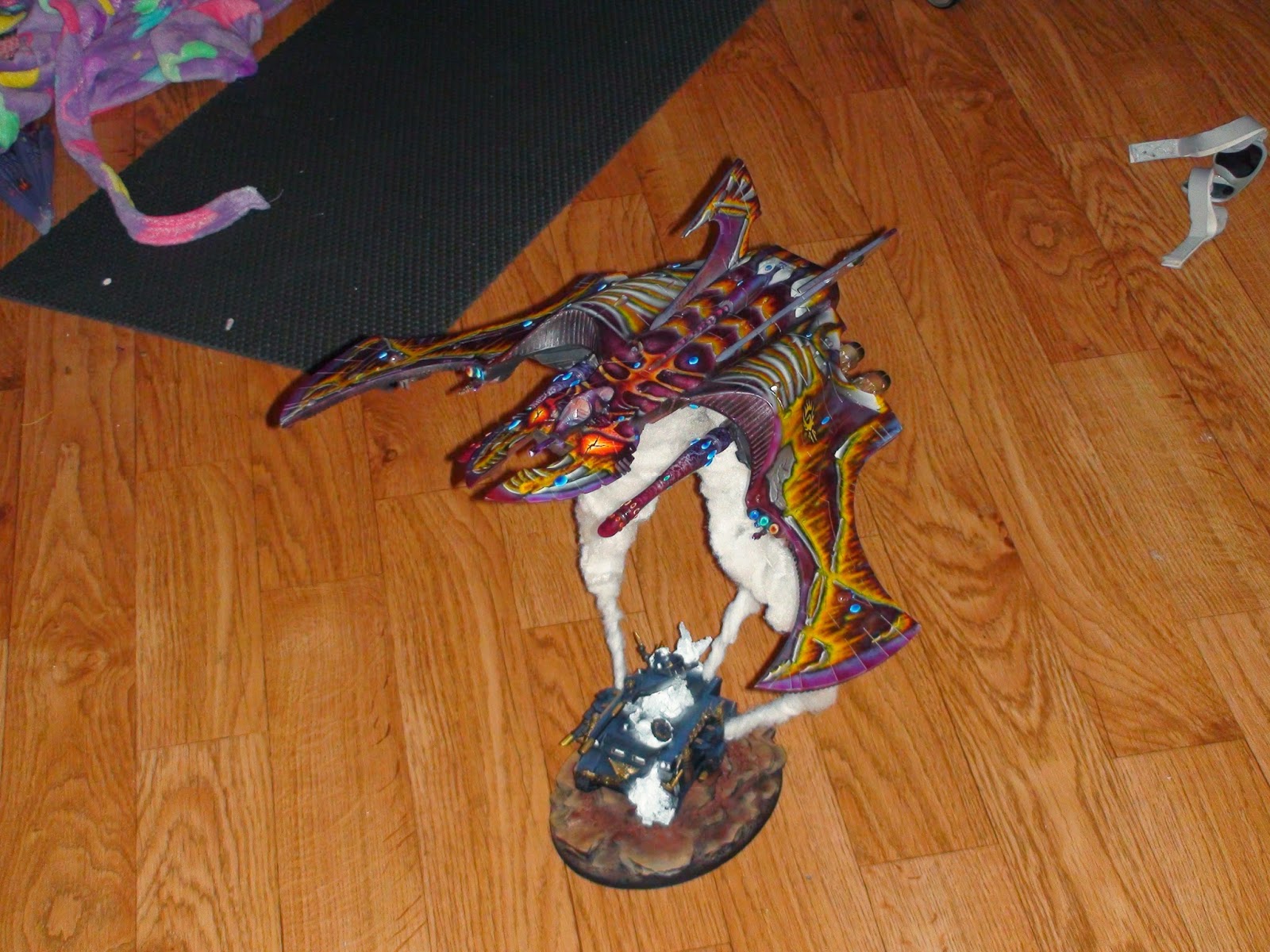