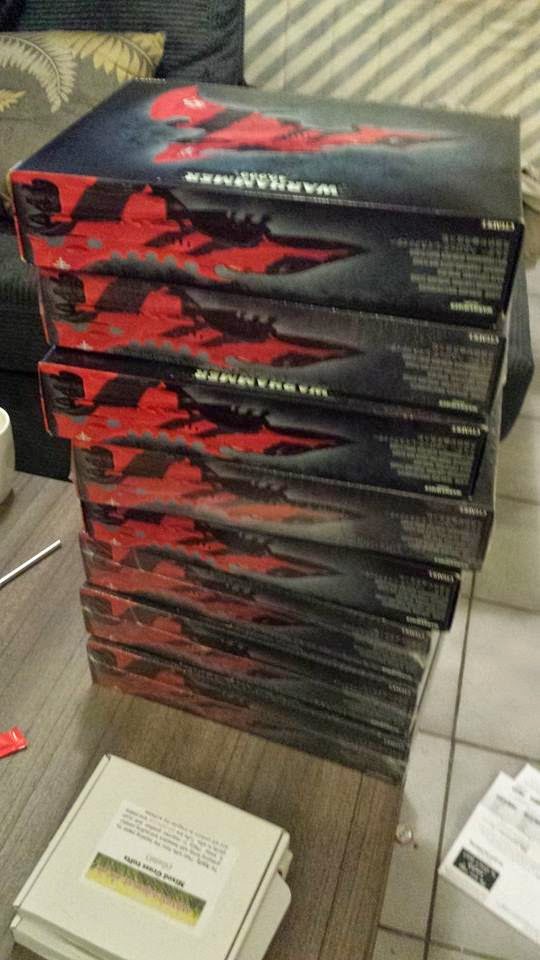 First up are the Crimson Hunters and Hemlock Wraithfighters, completing the standard Games Workshop component, with the remainder being of the Forge World variety. 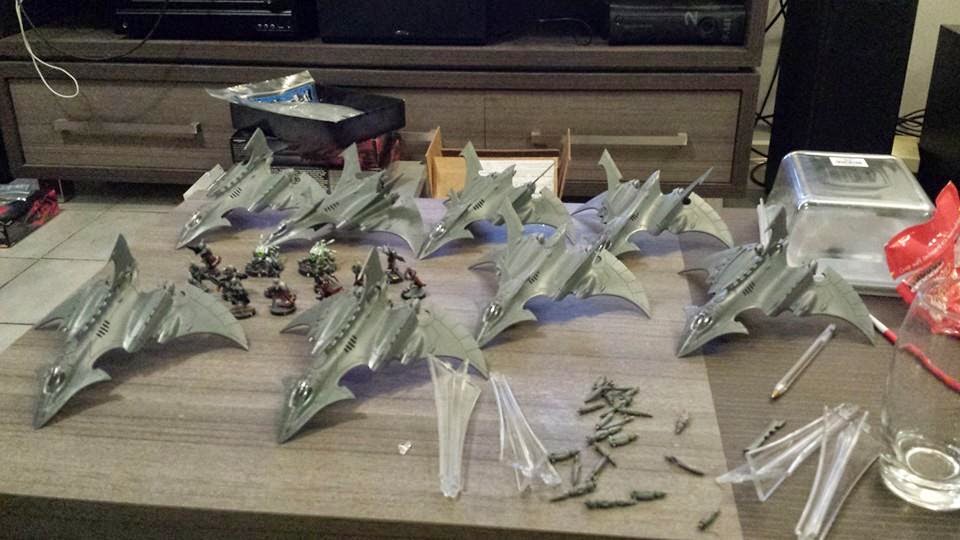 Over the next few weeks, Mat will be prepping and sorting out schemes based on the sample done a couple of months back. A nice mix of flyer bases from Secret Weapon Miniatures have been selected to reflect the terrain profile currently underway by Elliot at CustomTerrain.net

The first sample Wraith units are also off to Mat as of today. With a total of 25 Knights and Lords, the Veil-Walker Consul should start taking shape towards year's end. Just in time for the Titans return...
Posted by Dave Drinan