Just a quick update on the WIP front folks. So far i've heard back from Matt, Vincent and Steve... with many pretty photos to get the drooling well on its way.

First up, Matt has been working on the air wing (16 of 20 small aircraft), along with a WIP Wraithknight and Wraithlord - given they're next up on the agenda. Each has its own drilled base, coloured as per the theme table scheme to blend in just nicely. 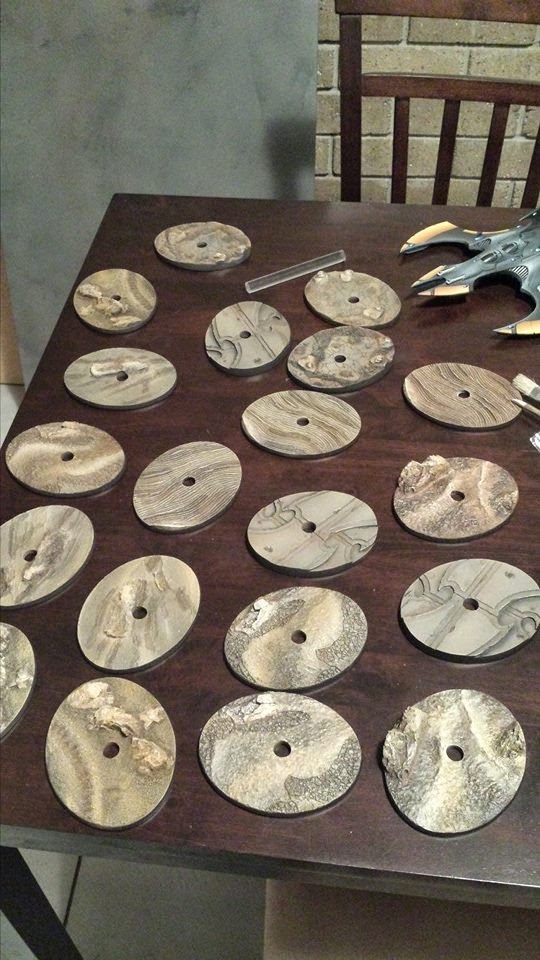 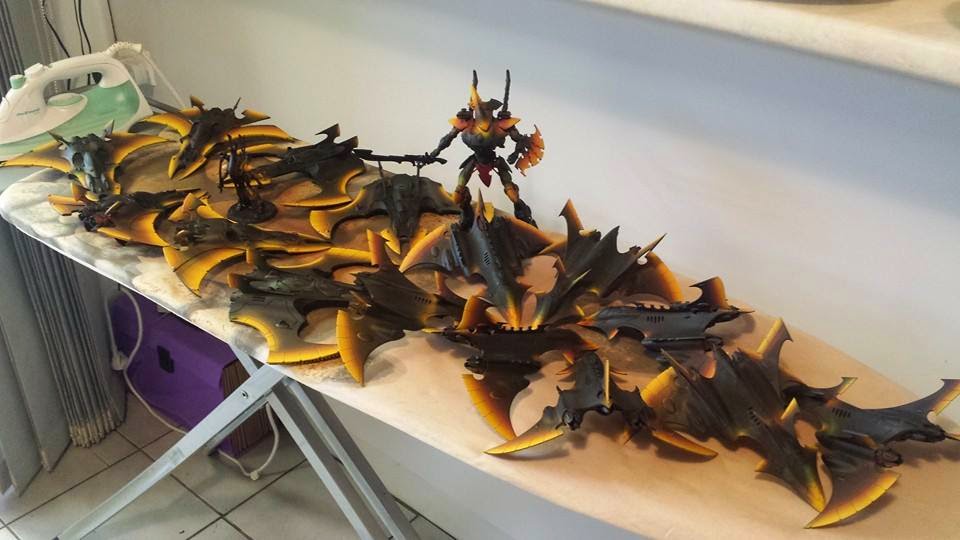 Secondly, we have Vincent's work on the Russian Jetbikes (one Farseer and three Autarchs), all with nebula themes... purty. Me likey. 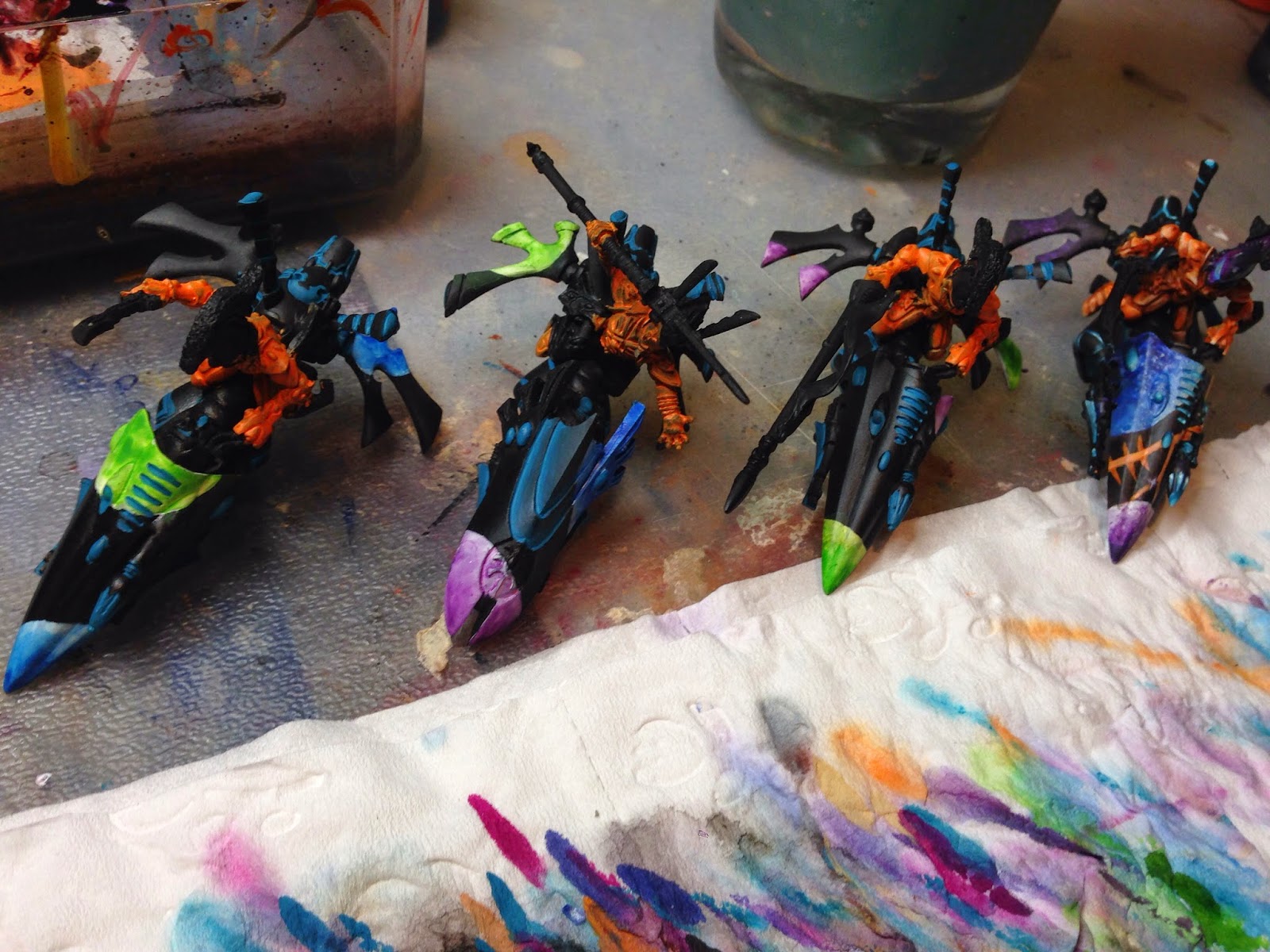 And finally, Steve has come back with WIP images of the first two Revenant Titans. These puppies are getting a very scorpion/desertesque treatment... the kind of nightmare that bashes up from under the sand to unleash all kinds of hell... shit will get real. 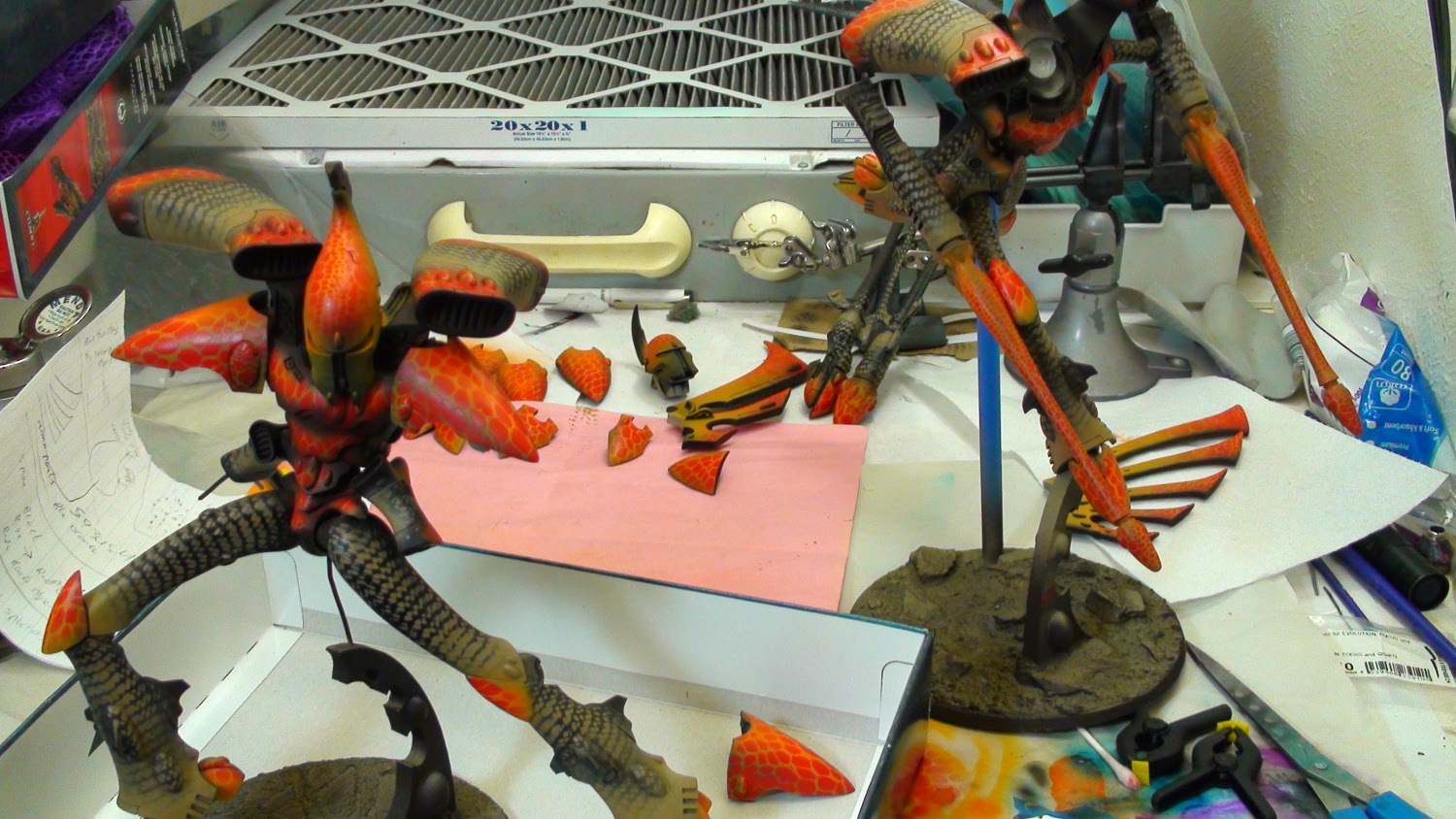 I'll leave it there for now, lets just say i'm a very happy camper for a Monday. Stay tuned for the finished results ;)
Posted by Dave Drinan

Well, finally made it to the 100th post for this project blog! And what a way to lay down the smack ;)

Steve has just sent me a photo of the first batch of Titans all posed, ready to kick arse and take names. I'm told they've been base coated already, however the photos were sent pre-paint to show the detail and pose a little better. Yes that is a Hell Turkey having its brains blown out by a Distort Cannon (the cinematic for which is to be modeled), and the second Phantom is of course the one in the previous post making a nice cheese spread out of a Chaos Land Raider. Ahhhhhh.

Each of the Revenants are all looking spry as a nimble annoying Warmachine should - paired off as guards to each Phantom (yes there are another two of the Armorcast variety for the Warlock class Phantom Titan to come). Anyway, i'll bugger off and leave you with the pretties! 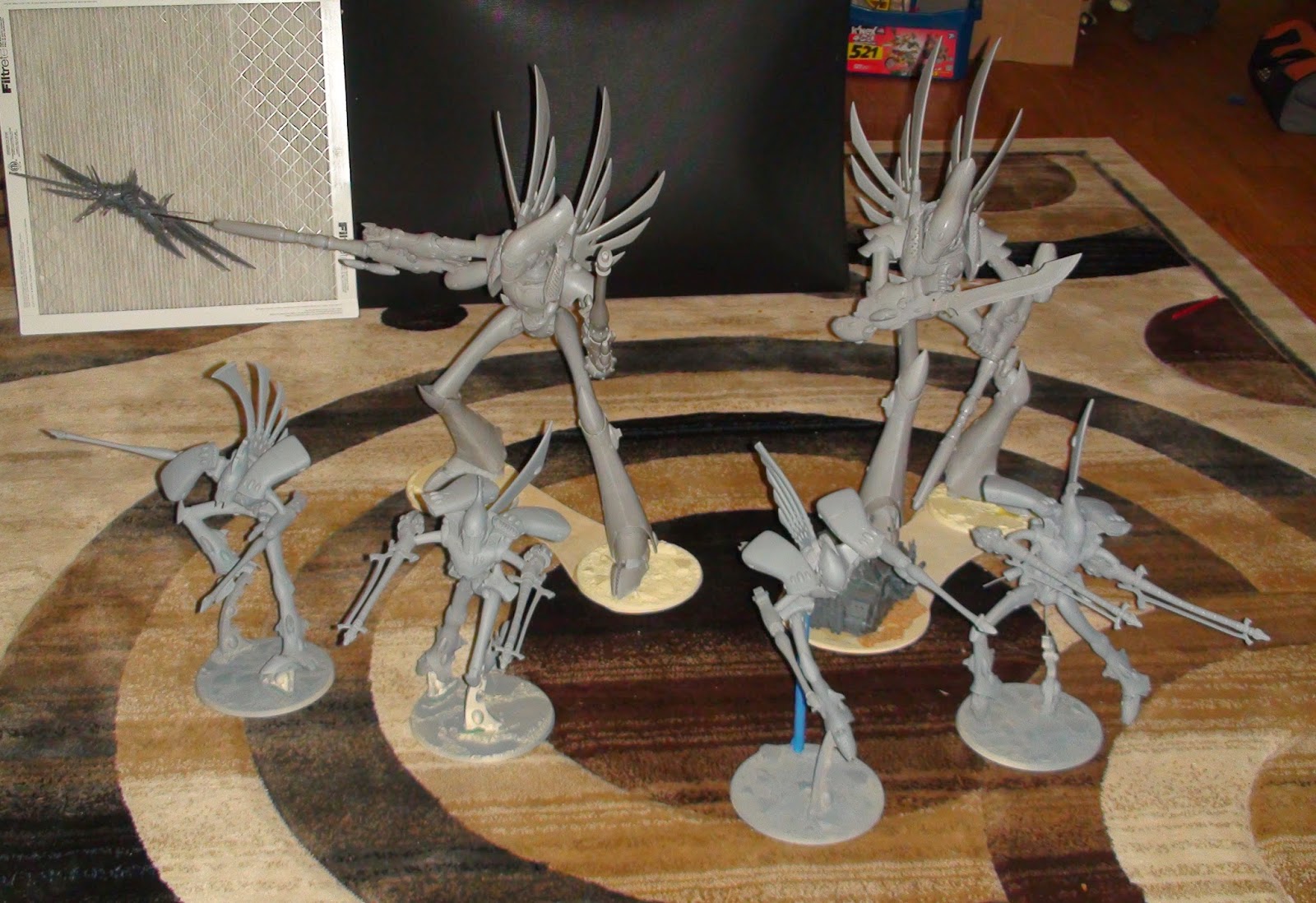 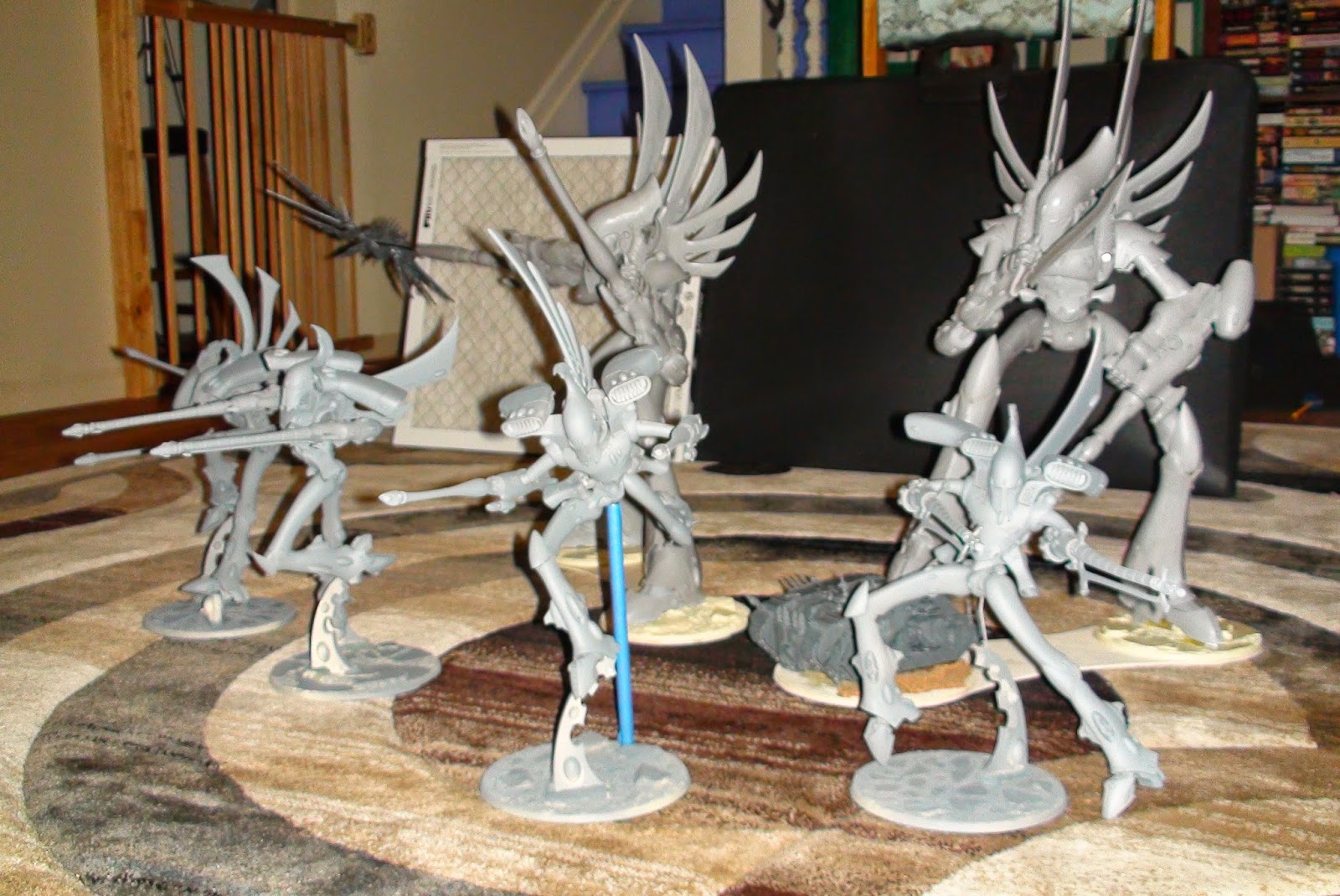 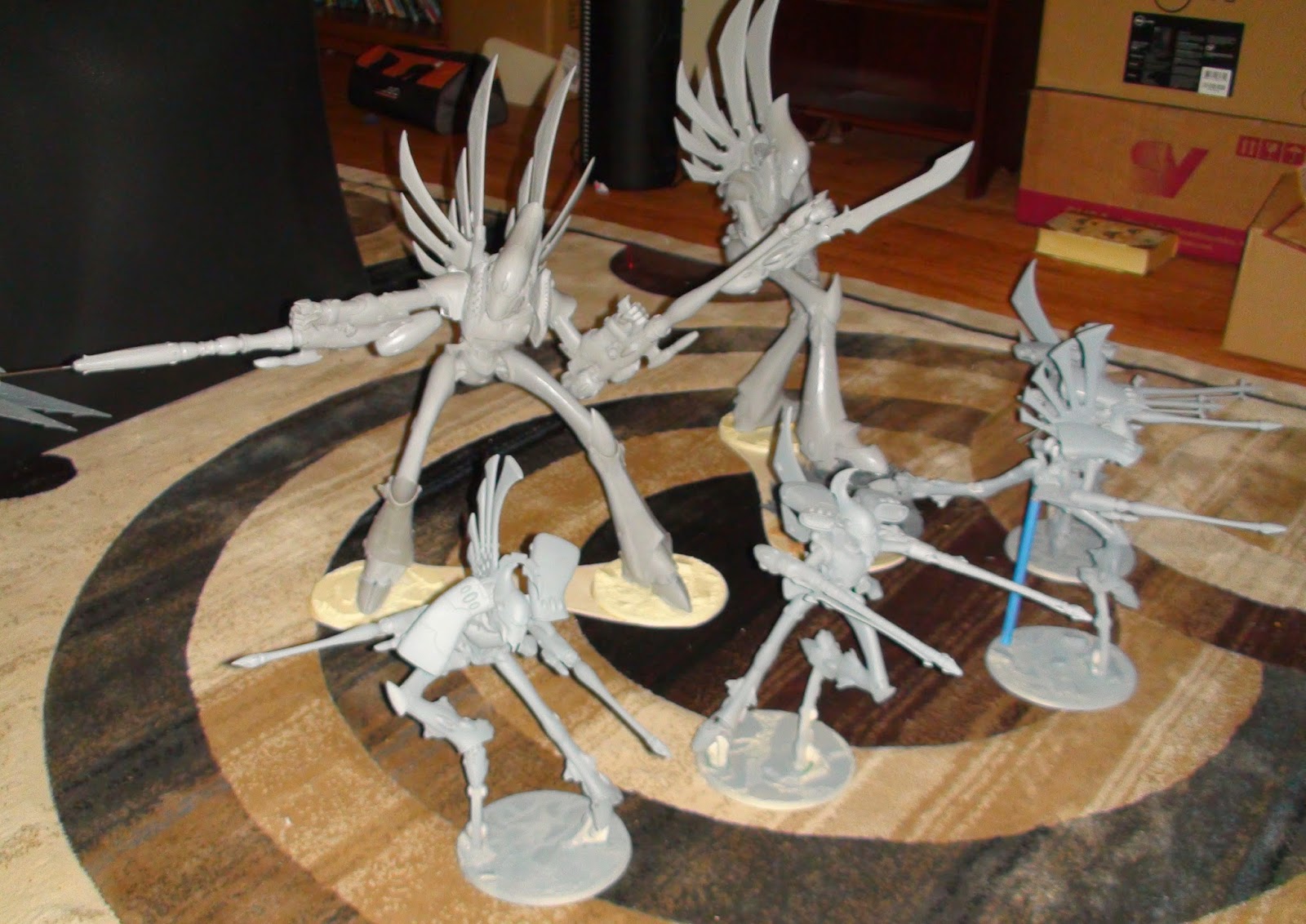