Just had a couple of images drop into my inbox over the last 24 hours, each ramping up the excitement levels as the painting progression unfolds ;)

Matt from Above the Tabletop has been busy getting this one down right and approved before I send off the full batch of flyers (four of each type eventually - 20 total).

Stuff it, i'd normally write more, but really the picture speaks a thousand words. 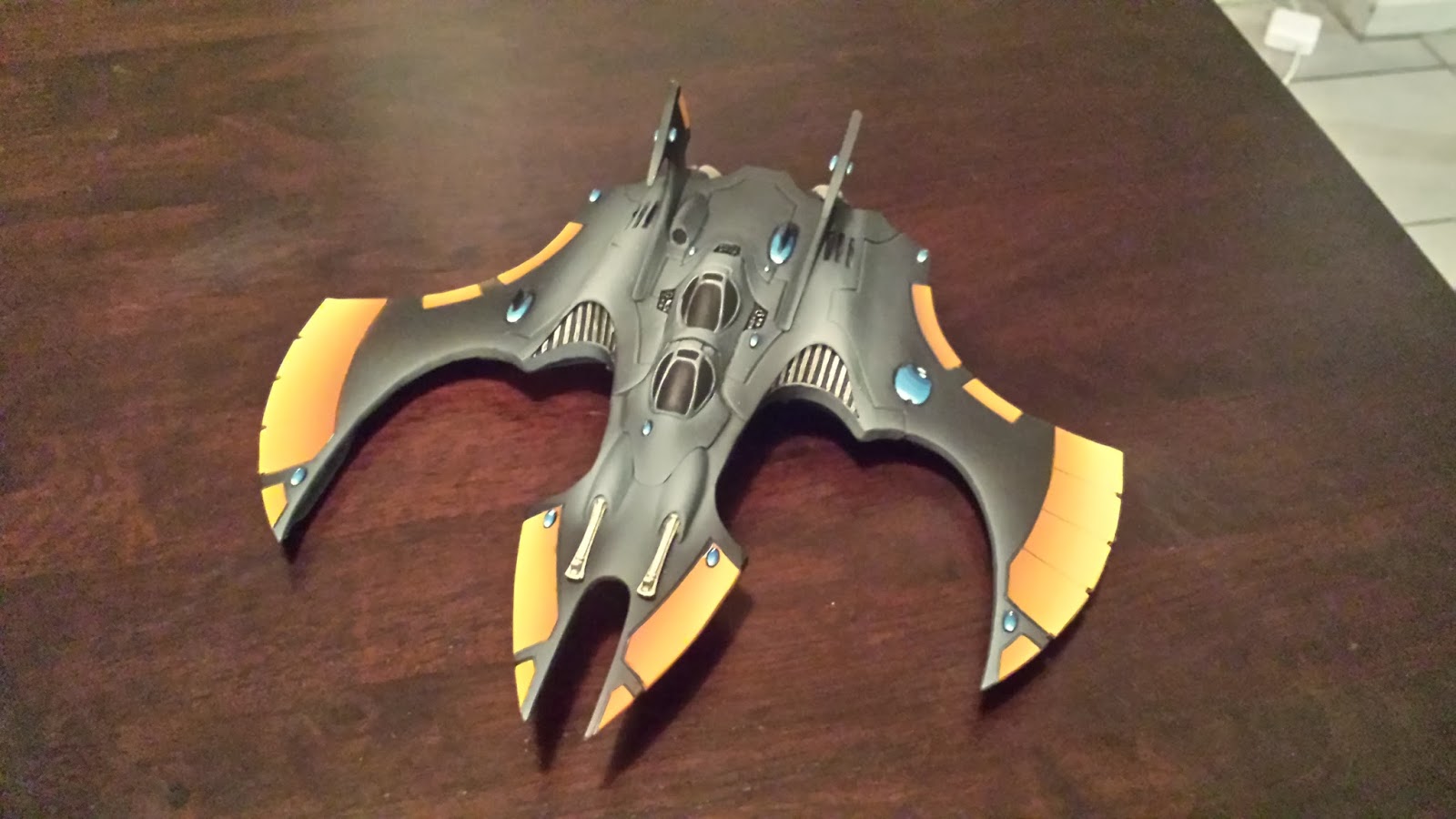 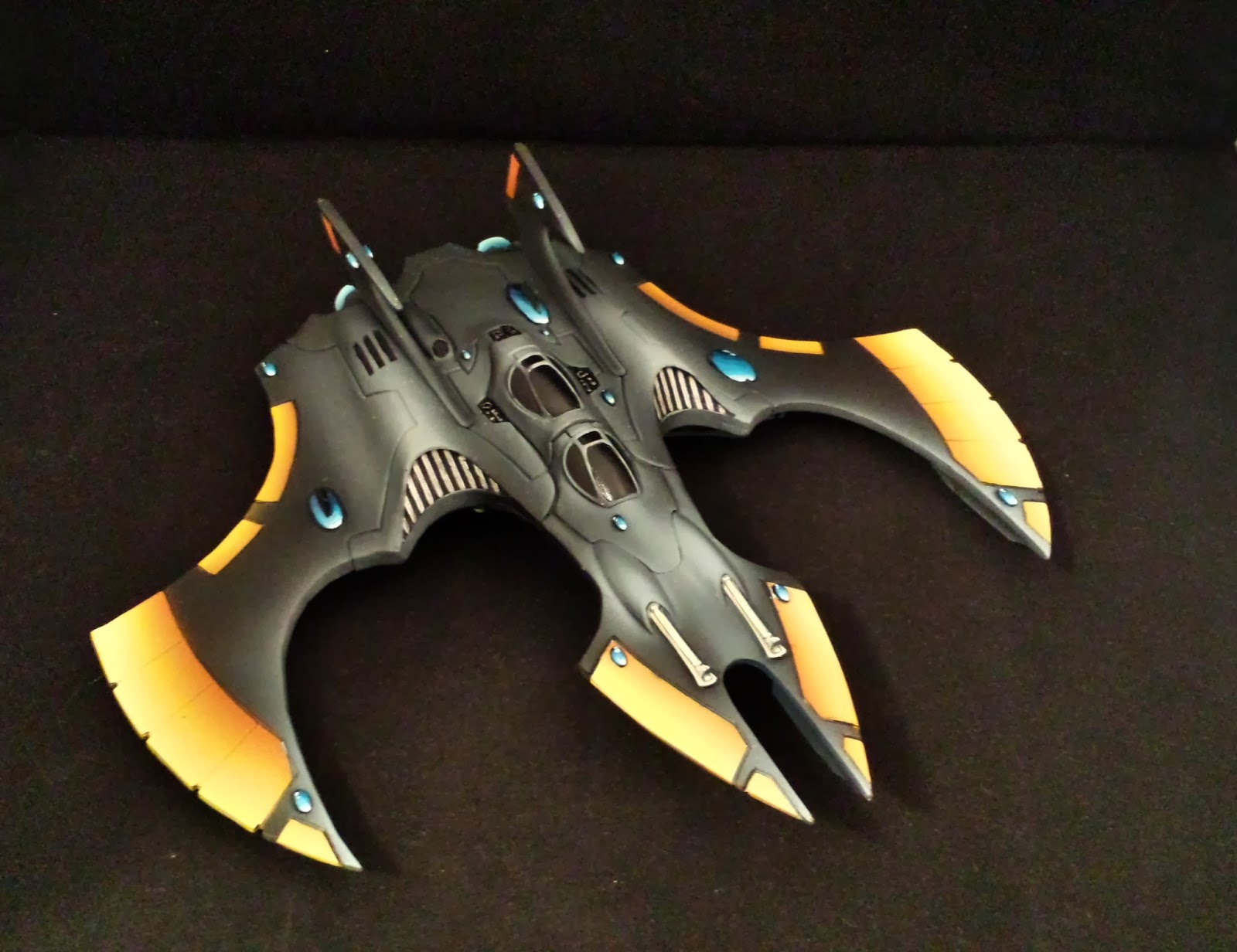 The underbelly of the fuselage is all that's left, with a blue power generation glow from the wing tips and nose of the fuselage, and bone colouring etc. When these images hit the inbox, i'll append them to this post. EDIT: Underside shot now appended below; 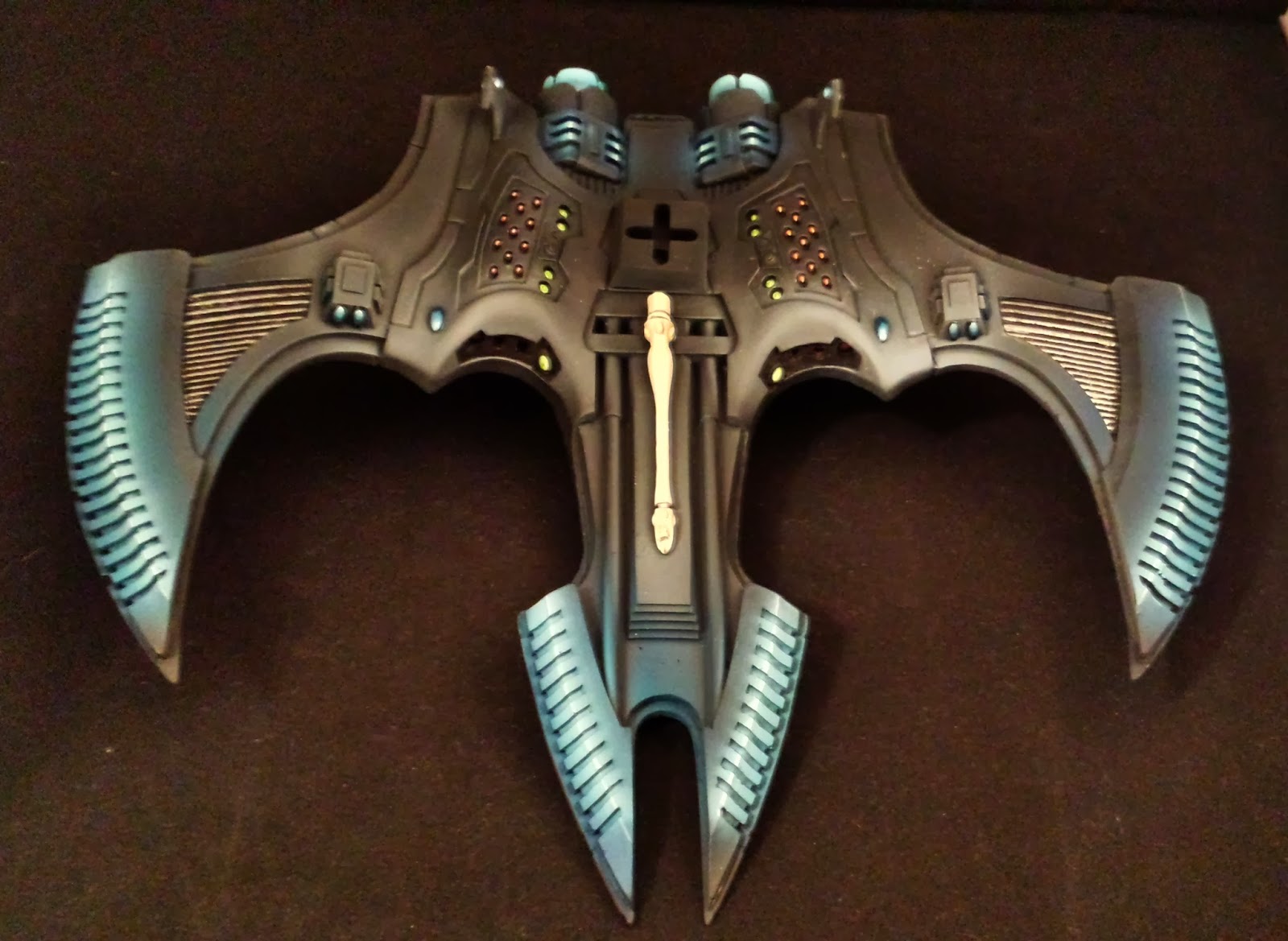 PS: I've also had word from Steve in the US that the Super Heavy Flyers have arrived - stay tuned ;)
Posted by Dave Drinan