Well I thought a bit of a status update on where everything is at wouldn't go astray. Plus a few teasers here and there.

1. Eldar Planetscape - Elliot from CustomTerrain.net has put up some new photos of the six panel modular table. I was pleasantly surprised when I realised that not only are the boards modular, but the terrain on them is as well - for a very large combination of landscape possibilities. Keep in mind that there are some very very funky structures coming as well. All inspired by the Dawn of War II computer game. I've also happened to get my hands on some GW examples that were intended for release, yet simply remained as sketches - they look amazing - so stay tuned as I fully intend on having these realised as well. 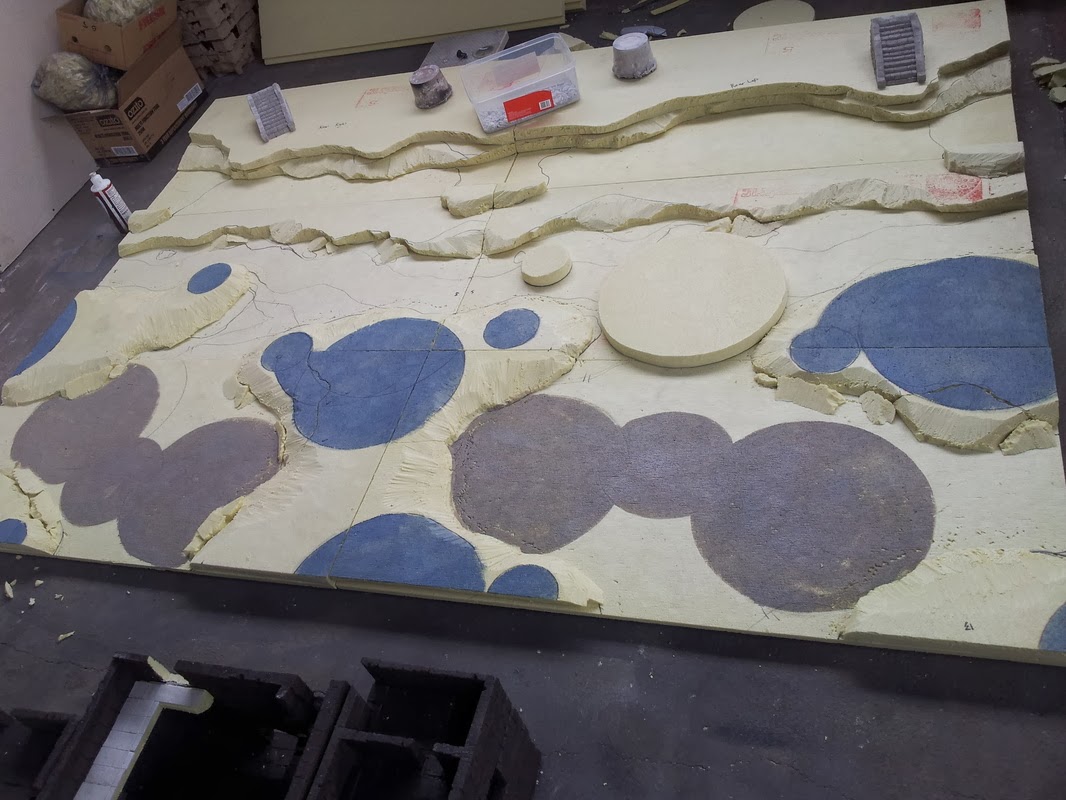 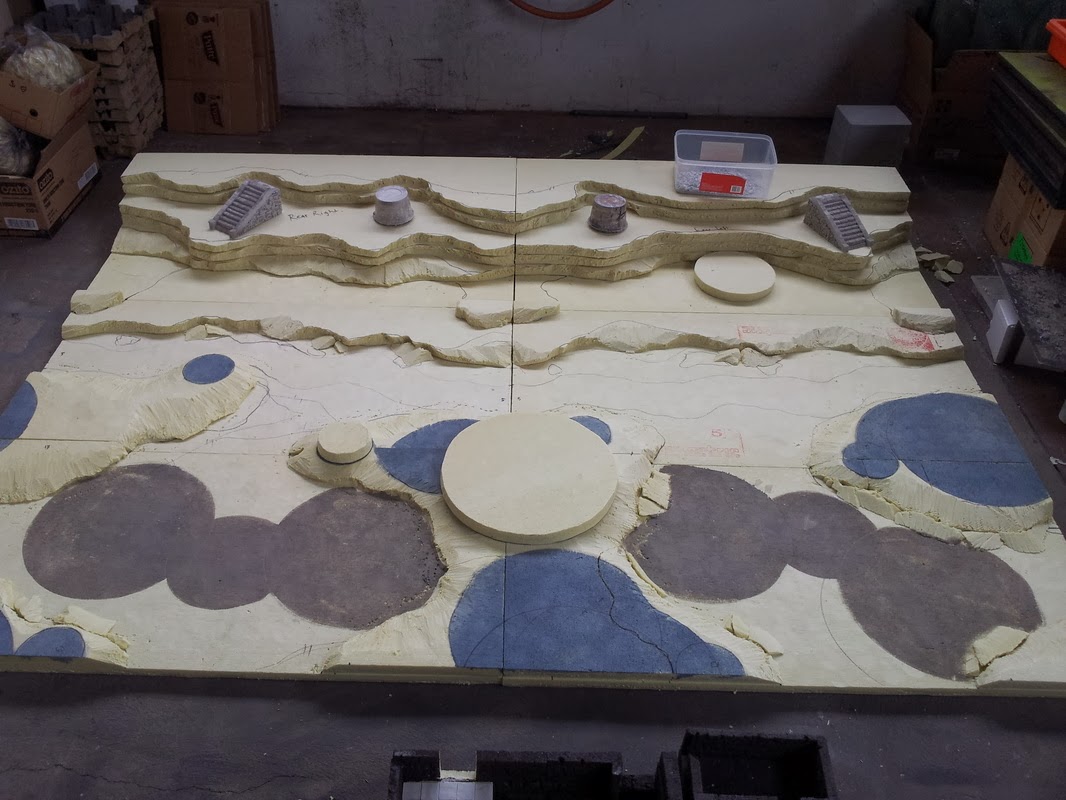 All project progress can be viewed here.

2. Eldar Shining Spears - Navin over at PaintedFigs.com is currently stamping out 20 of the 27 Games Workshop Shining Spears, as shown in the sample pictures previously. The colour scheme was kept the same as the Russian made Shining Spears for uniformity sake, and they've worked out pretty good considering the dated model. Next up are either the Swooping Hawks or resculpted Jes Goodwin Jetbikes (sixty of them). So stay tuned!

3. Eldar Phoenix Bomber - Luke from The Sound of Machines is going to get his hands dirty in the New Year working on this bad boy as an example piece. The reason I say example is because the same theme (if successful) will be applied to all Warmachines over the next 2-3 years. Yep, all 20+ big bessies will be getting their love in the same place. Ive nicked a previous concept for a Nightwing Interceptor found on the Internet as inspiration regarding how this will look - essentially the orange graduated flow and semi gloss black will be key. Pictured below; 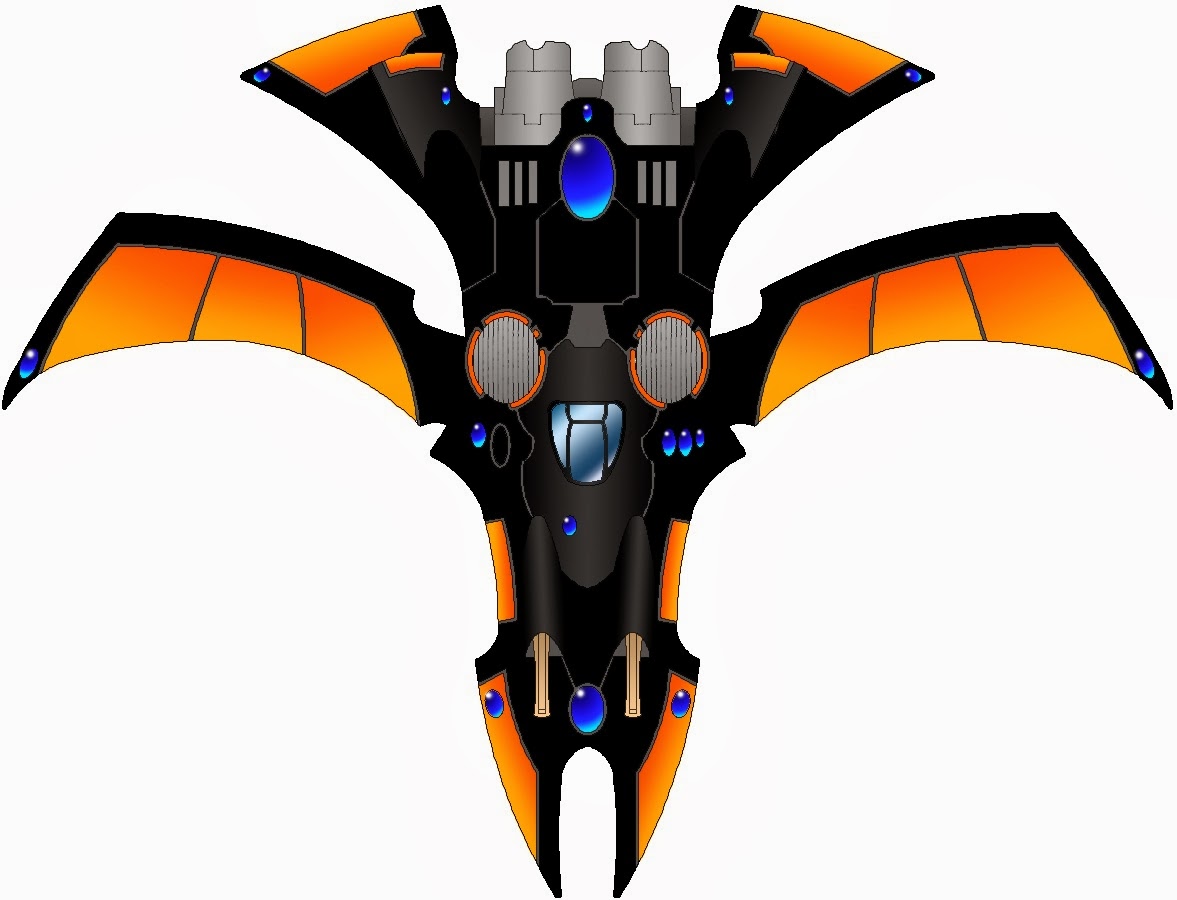 4. Tanks, so many Tanks - Clinton back up North has been busy building and painting up Wave Serpents recently (10 of 16, with 31 Serpents in total). I had this image txt'ed to me a couple of days ago as to the progress of how they're coming along. The blue on the underside is to give the impression of power generation for the skimmer function of the craft. It will be getting a similar appearance to the (also nicked concept) image below Clinton's, minus the Beil Tann vines. 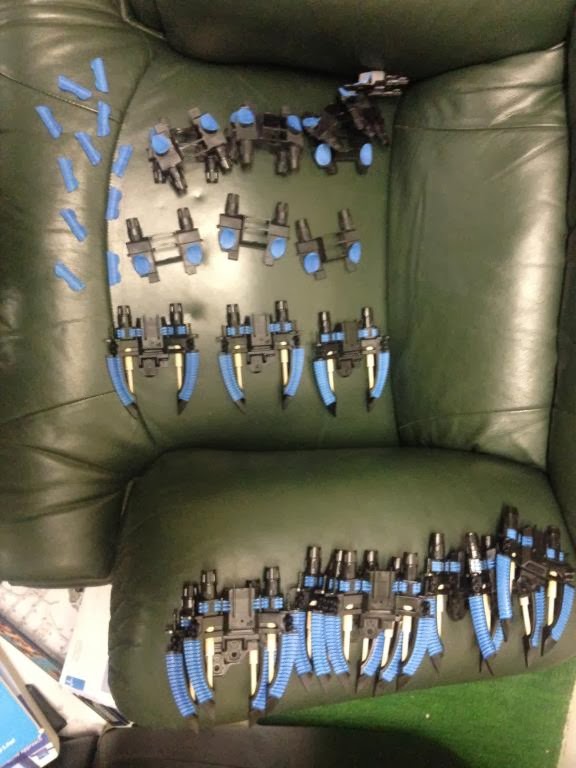 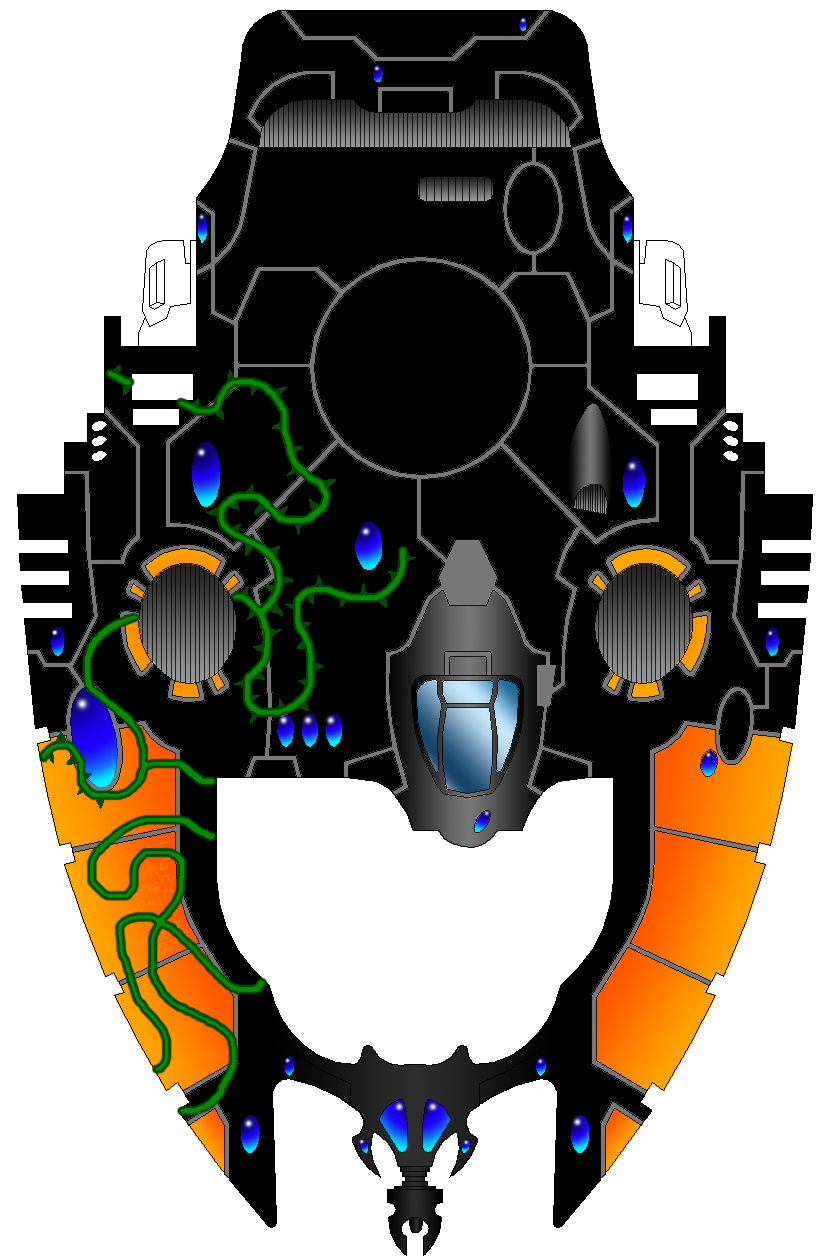 5. Eldar HQ Models - Vincent, we can't forget Vincent! The lad has gone and got himself hitched (congratulations mate if you're reading this!). I've no doubt we will see more magic from Vincent later in January, however the poor bugger is on a very well deserved break right now :)
Posted by Dave Drinan

So a little Xmas surprise from my good mate over in Russia (You may remember his crazy Jetbike Farseers/Warlocks/Autarch/Shining Spears etc - all sculpted solo). With the replacement missing Jetbike canopy (presuming good ole Customs lost that one), Sergey has put a huge smile on my face in the form of some free sample work pieces - Harlequin Jetbike heads. What a champion! :D 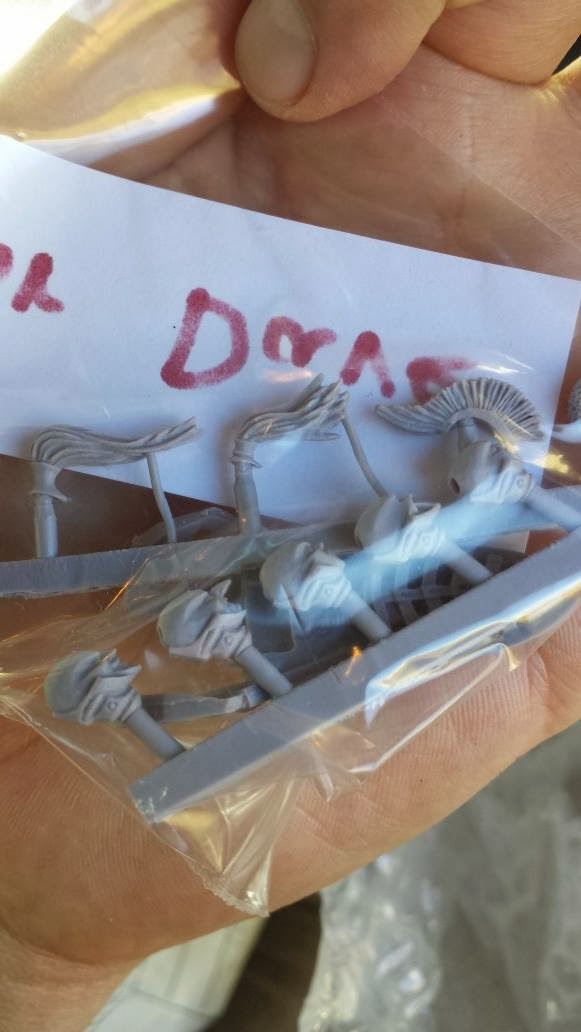 So far the heads and canopies have been created - presumably with the bodies to come! Hmmm, the talent out there seems to keep growing ;)
Posted by Dave Drinan

Good ole Elliot from CustomTerrain.net has been busy putting together the sand drifts on this very crazy commission... thought i'd share his latest update with you all :D

(He was even kind enough to do a short dramatic video!) 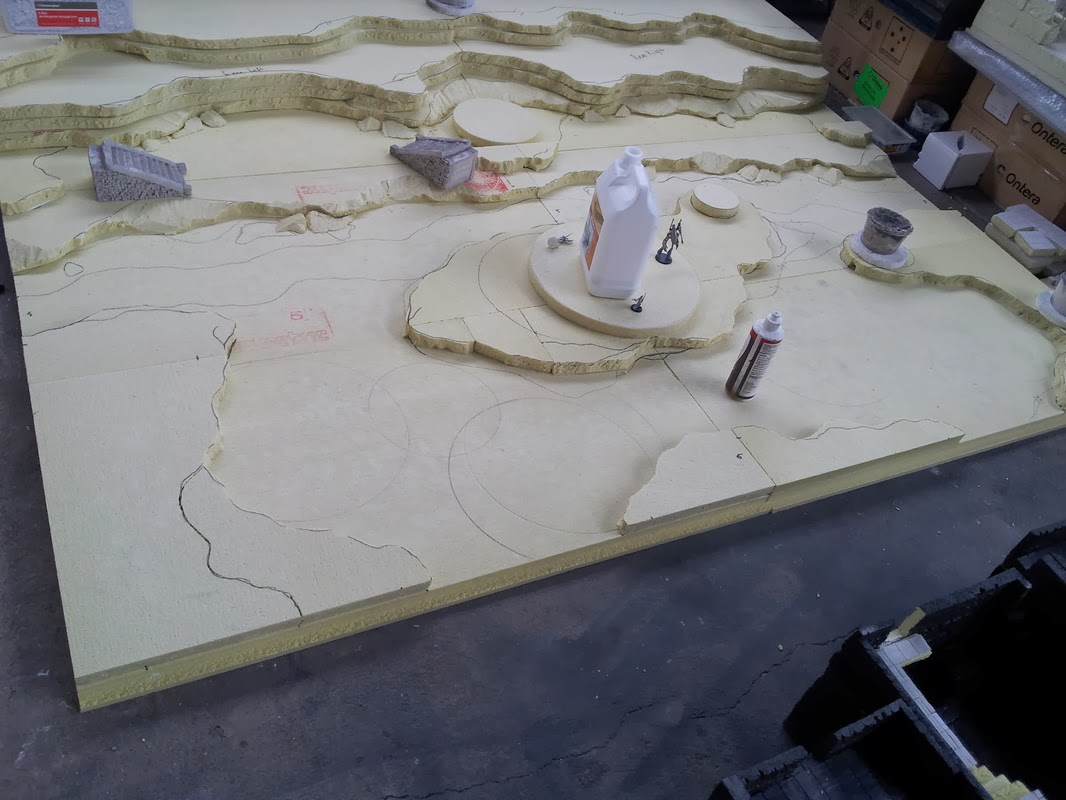 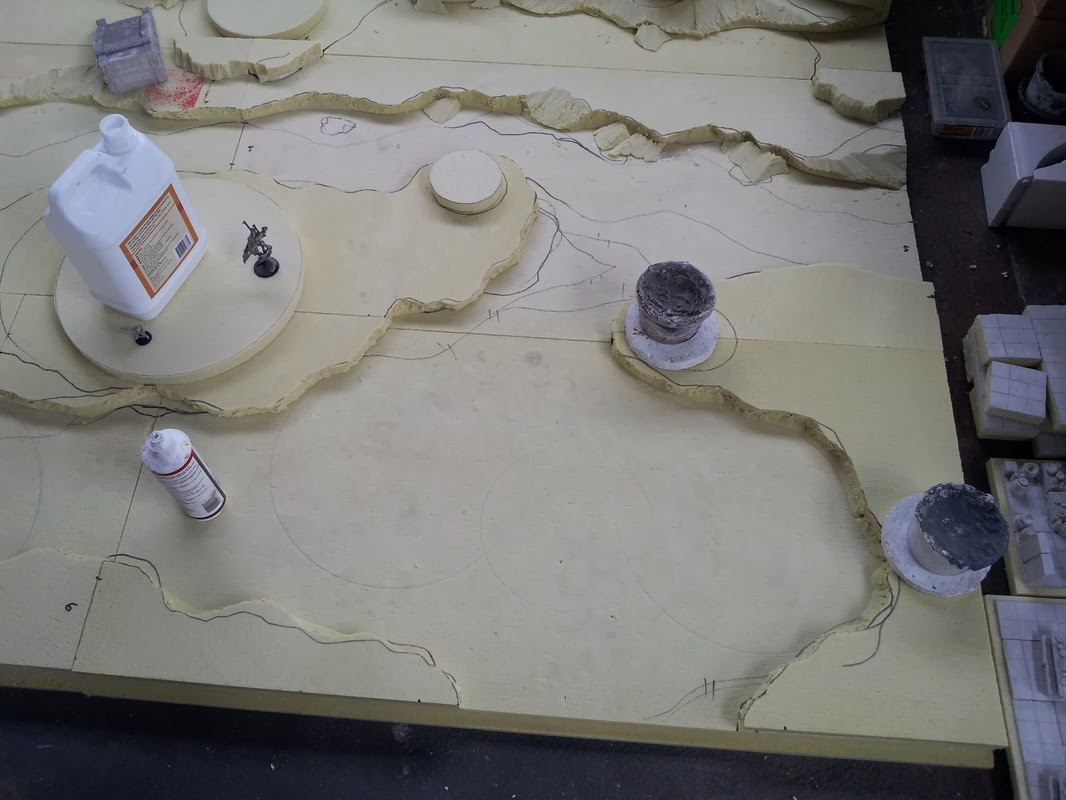 For more, and updates, Elliot has a project page set up here - http://www.customterrain.net/6x8-eldar-planetscape.html
Posted by Dave Drinan

Good ole Navin over at PaintedFigs.com just got back to me with the revision sample for some Shining Spears of the Games Workshop kind. Previously, I had the Non-GW Shining Spears done up which set out the theme for how future Spears were to be painted. Don't pay much attention to the linework at present, keeping in mind this was a mock up model that has had a few layers of paint to make sure the colours were right before being stamped out en mass :)

When these are sorted out (and the stragglers are sent over), there will be 54 (six full squads of nine) Shining Spears, each with its own Jetbike Autarch to lead the spearhead. 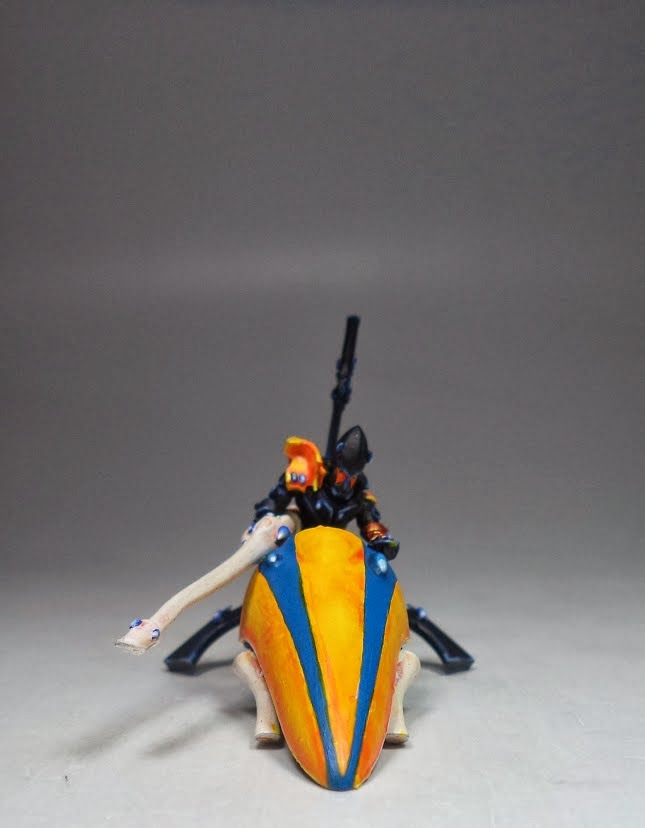 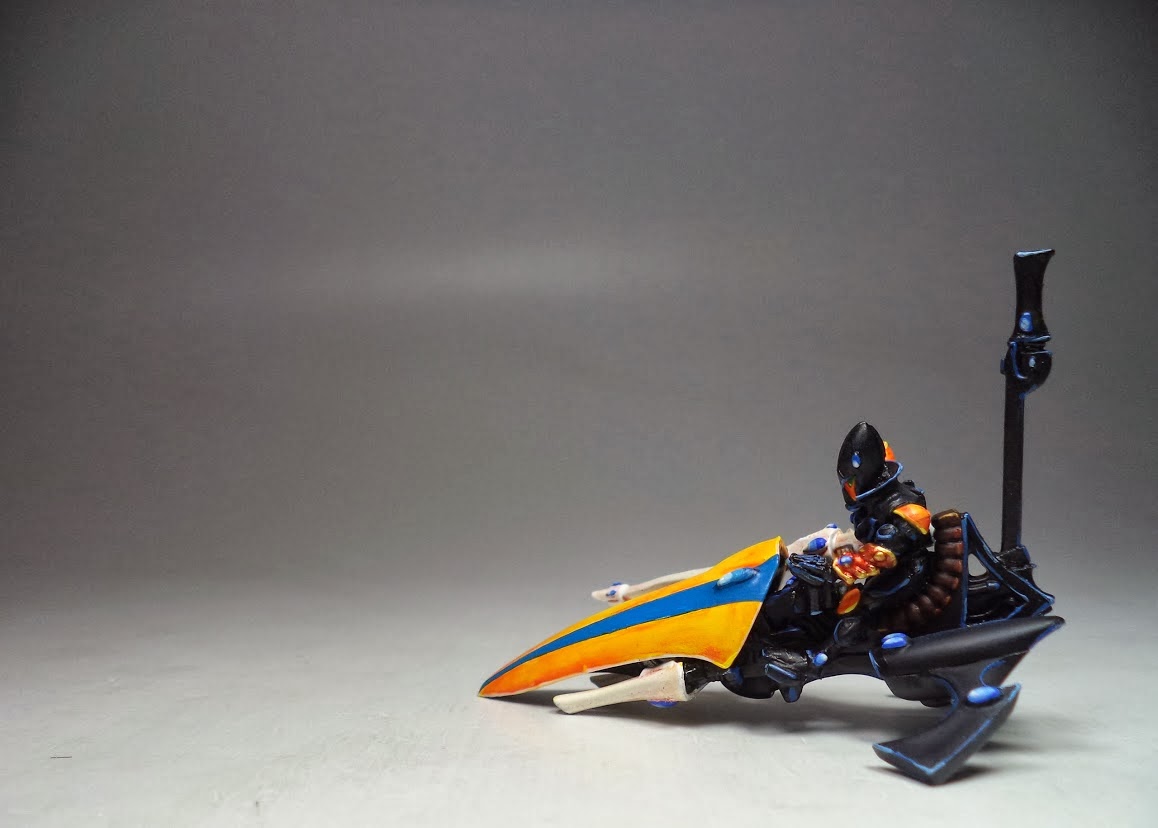 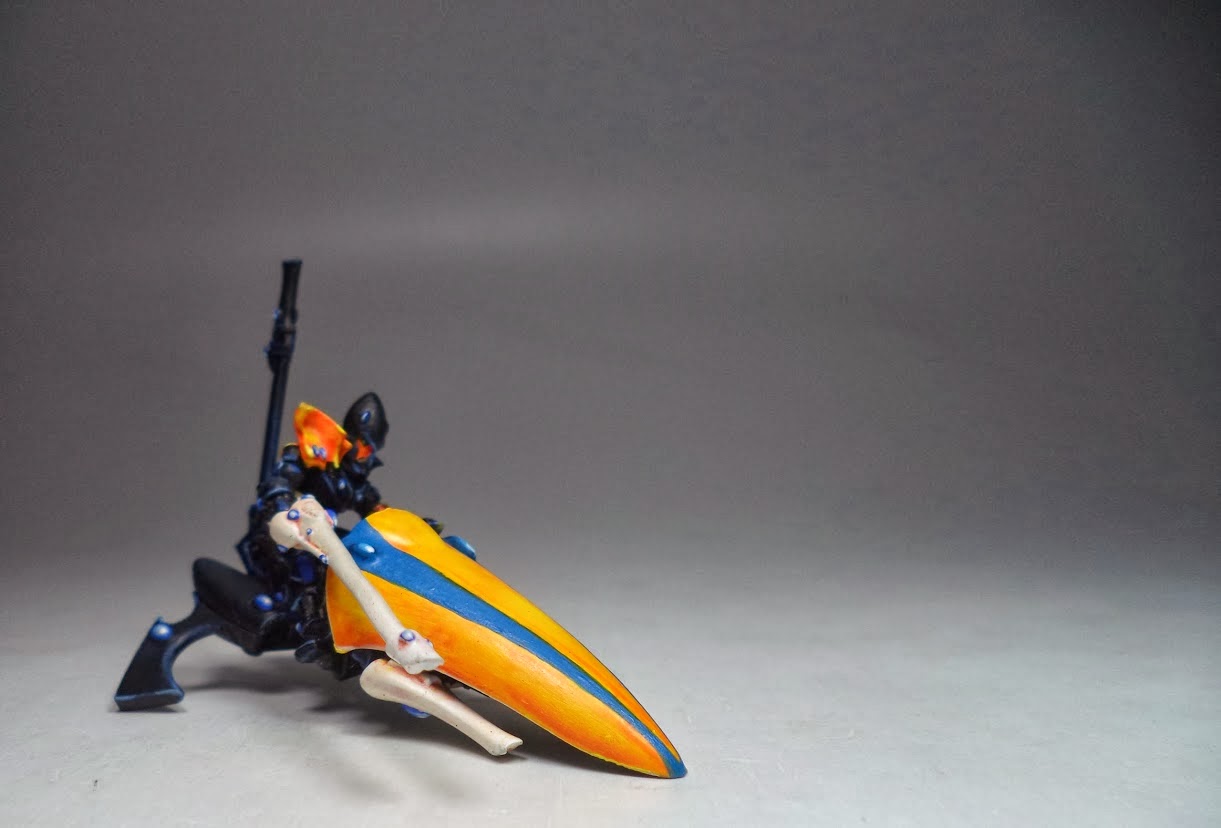 Two nights ago, I had an email from Elliot over at CustomTerrain.net who has been busy kicking off the 8x6 foot Eldar Planetscape commission. Naturally, having heard he began work, i've been mashing the F5 button tracking updates in excited anticipation :)

Last month, the foam (which probably took up half of Elliot's studio) arrived, and yesterday the cutting began... it has begun indeed. An exciting Xmas period this will be indeed, watching as things come together!

The progress of which can be viewed here... http://www.customterrain.net/6x8-eldar-planetscape.html 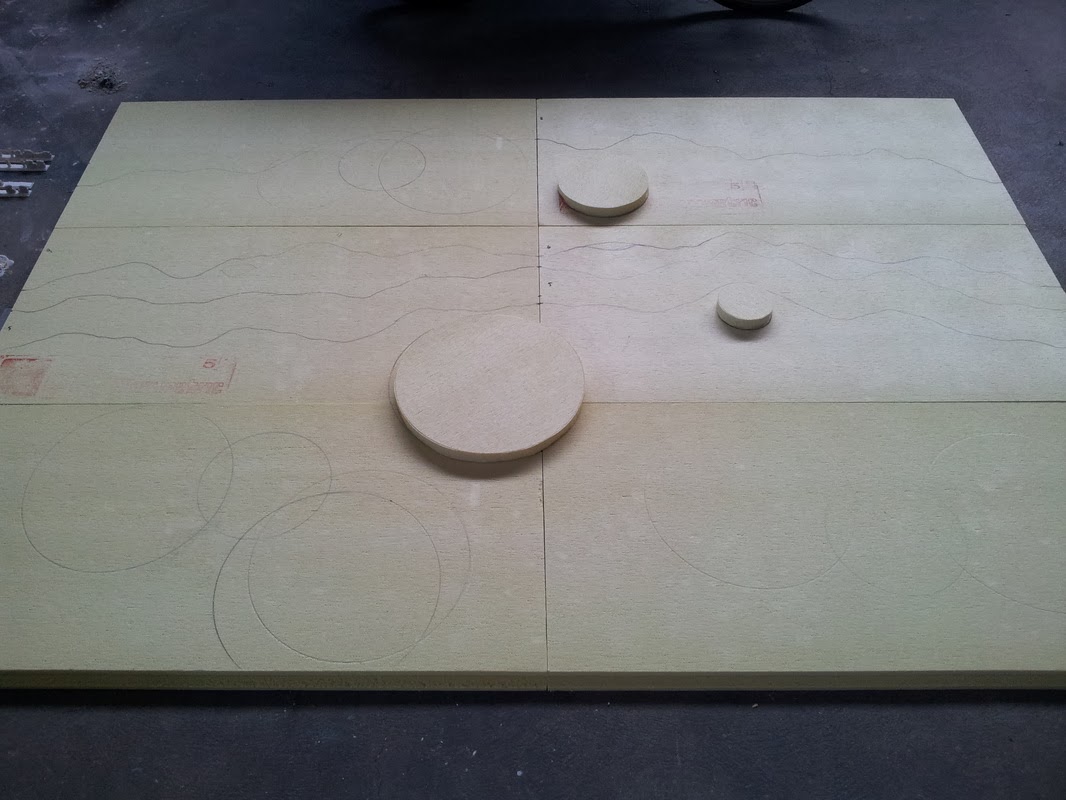 Note: Each of the six boards is 2x4 foot in dimension for modularity. 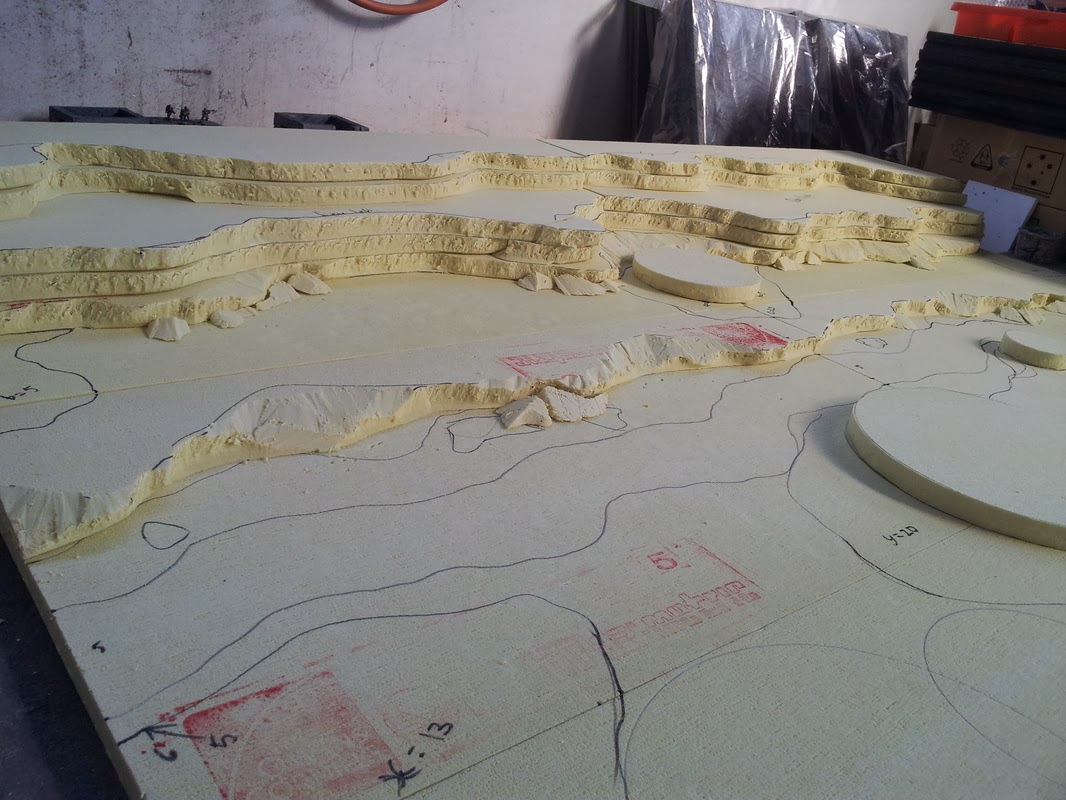 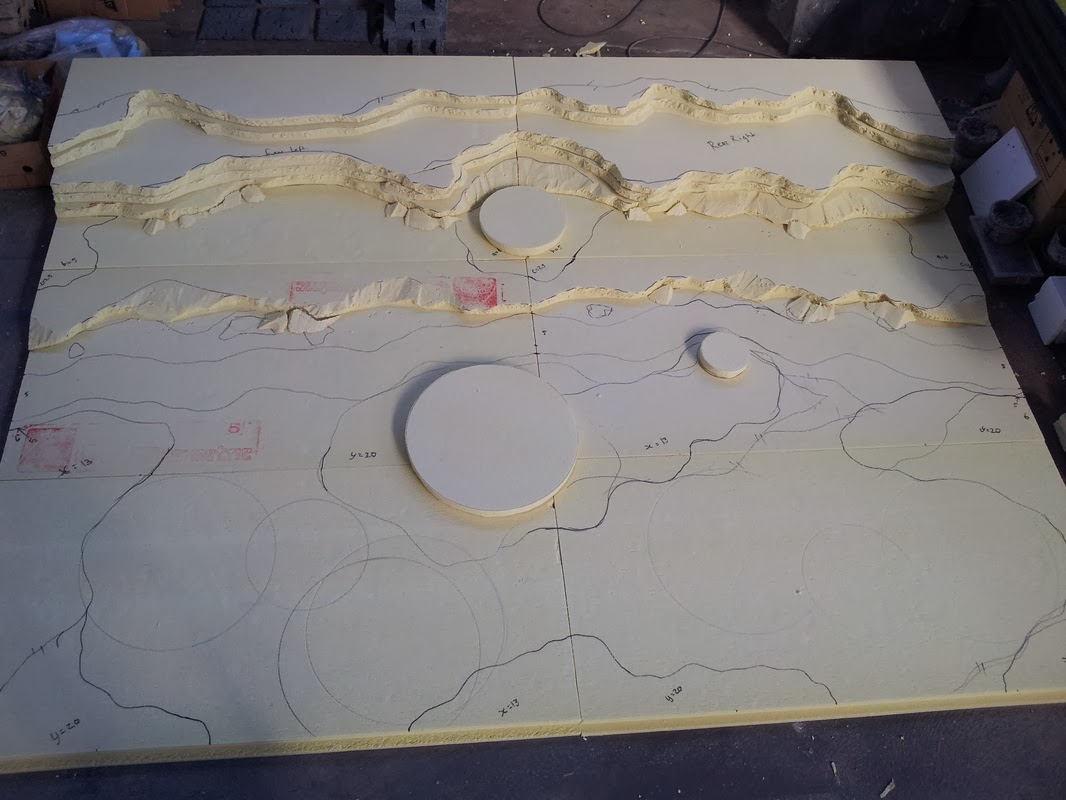 Today has already been a very very good day. Why? My co-workers wondered the same thing when they heard lots of colourful language coming from my corner of the building. As one does when 99 original Harlequins turn up at your office, accompanied by a few other extras that just make it so much sweeter!

So what turned up?

74 Harlequins, covering every model produced
25 Harlequin Jetbikes (evil smile canopies galore)
2 Epicast Wave Serpents (Armorcast also made them)
1 Gyrinx (just because the other one was lonely)

BONUS... The lad also threw in some extra Rogue Trader Era Guardians, specifically the sonic amplifier one and a few other Eldar Musicians... Now you know what gets Dave in a gooey state.

As i'm at work and don't really have lots of time to go fooling about, I whipped them out for display on the desk, with just a few pulled out of their bubble wrap for a picture moment. 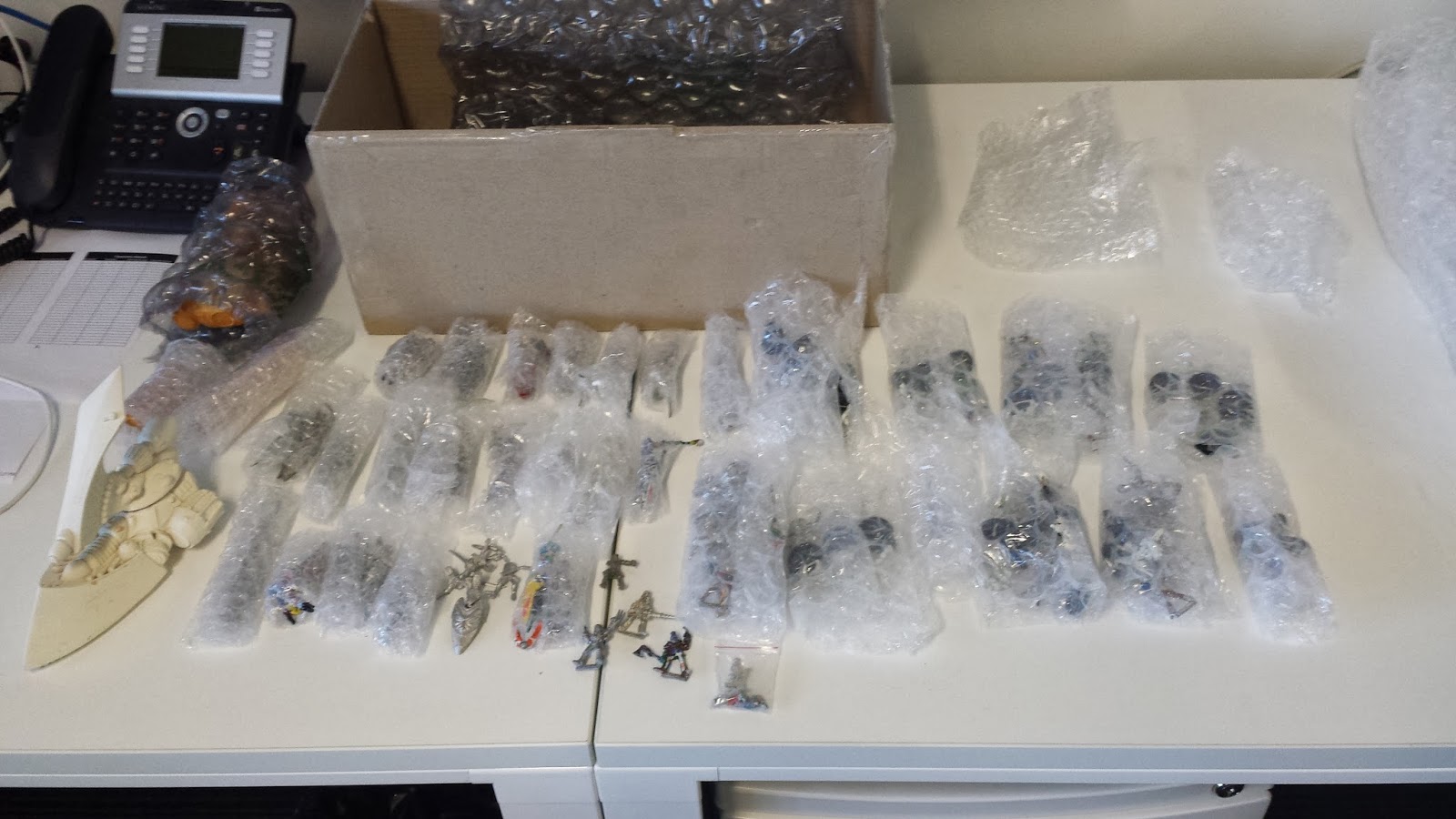 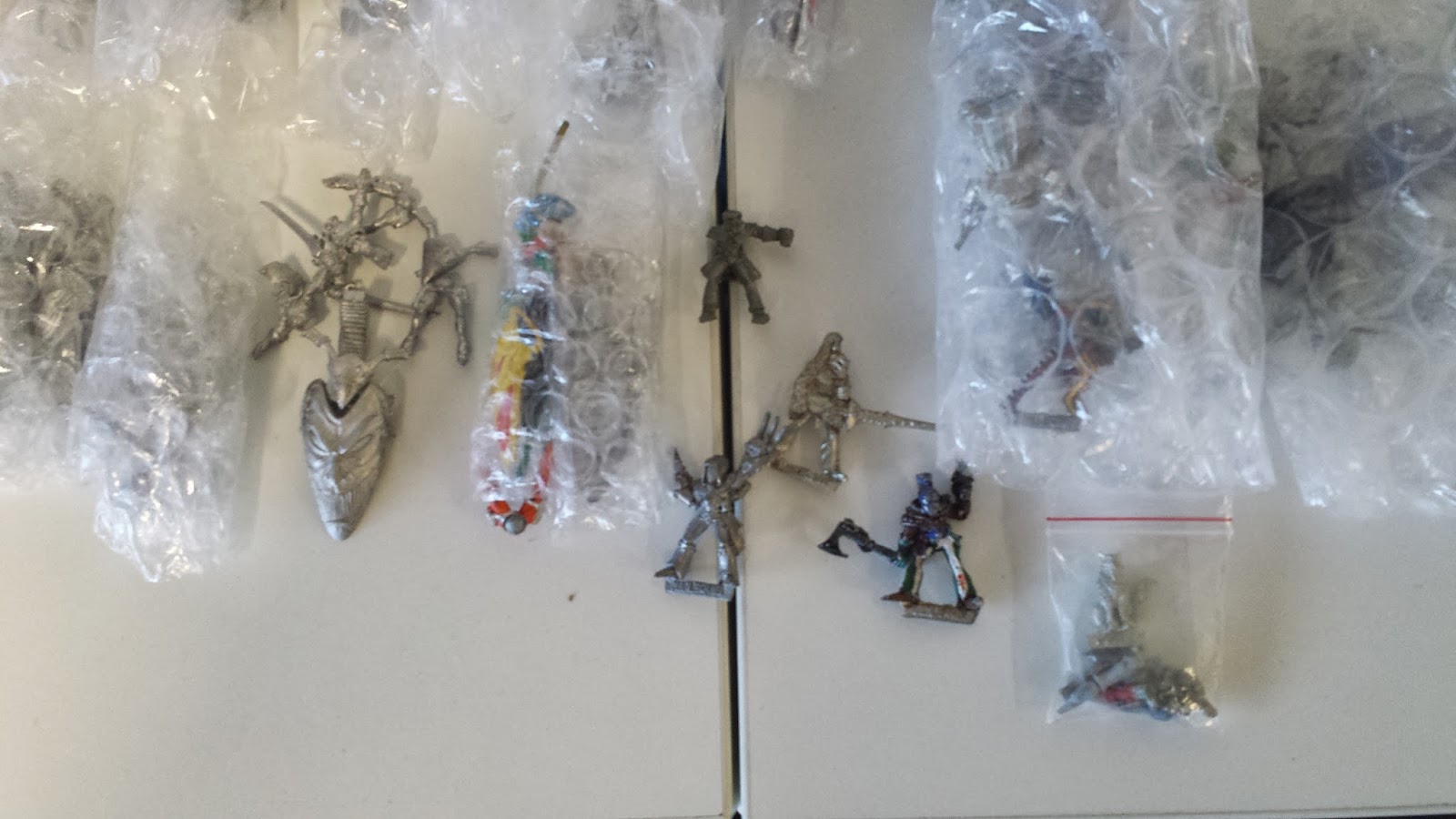 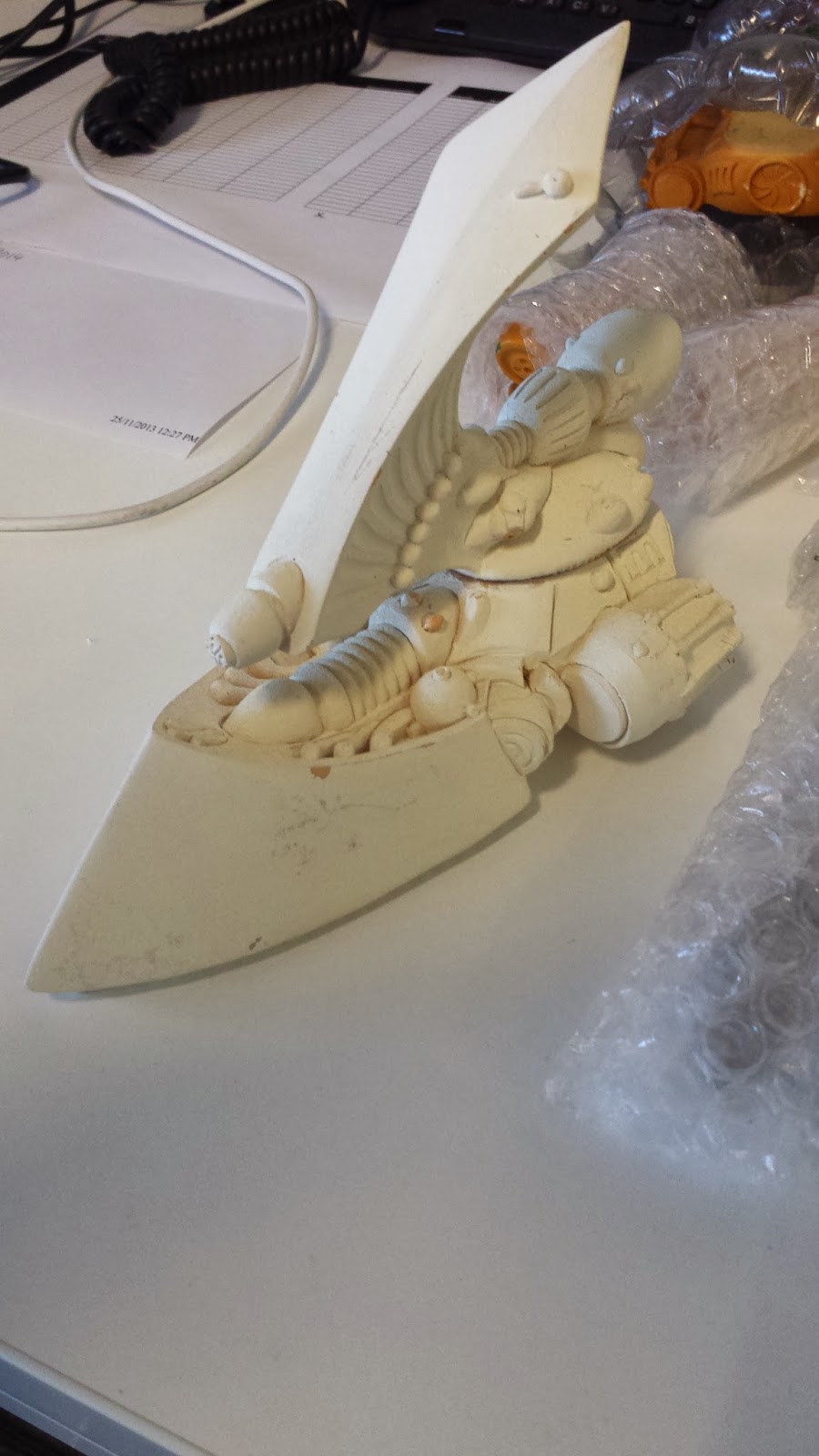