All your base are belong to us - Scenic bases

Since this whole project started, many different scenic resin bases have been in my sights to amplify the visual appeal of these awesome Eldar miniatures. I thought it was well due for a showcase of what has been used and where - just in case anyone out there is currently going through the same process of scenic base selection themselves!

Dragon Forge - USA based, I purchased three of the large 200x155mm slate wasteland resin bases for use on the Vampire class super heavy flyers. It was heavy and thick enough to drill and insert a decent flight stand to handle the weight of a Vampire, not to mention it sat nicely with the aesthetic of the planetscape currently being developed. 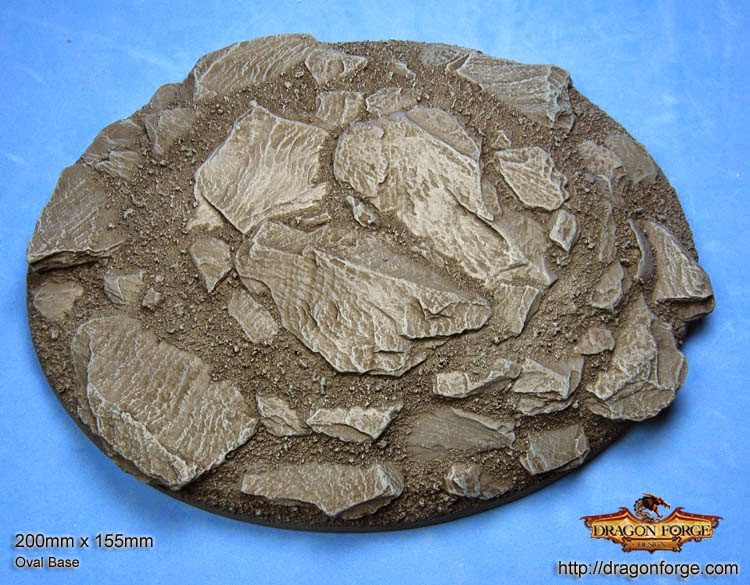 Ironhalo.net - A New Zealand company with a nice array of 150mm round bases, three different types were bought for mounting Revenant Titans and potentially Armorcast Towering Knight Destroyers. A mix of Alpine Crags, Desert Mesa and Valhalla were picked up, also keeping in theme with the other scenic bases. These weren't as thick as the Dragon Forge types, however still gave enough all round surface contact to keep a (small) Titan from tipping. 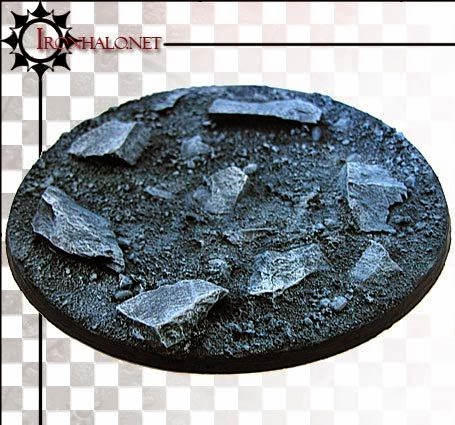 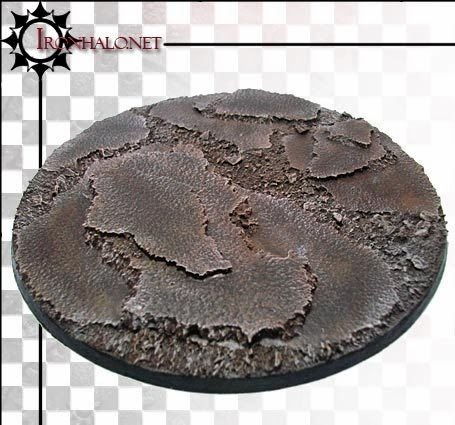 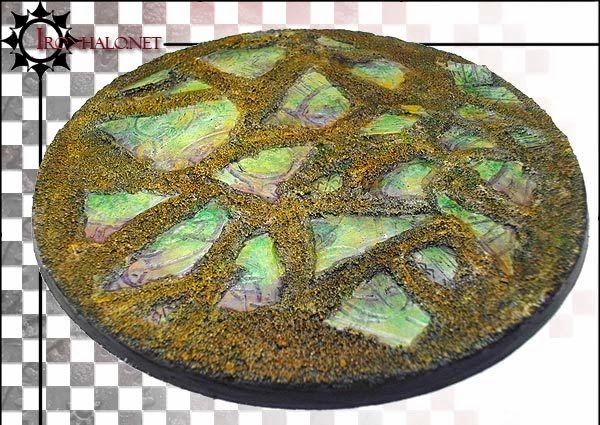 Secret Weapon Miniatures - Another well known USA based resin scenic company, I chose these guys for their varied assortment of 120x95mm oval flyer bases - each keeping in tune with the planetscape theme. As I had 20 flyers requiring mounting, each were purchased with a 5" flight stand and widget (available at a small added cost). 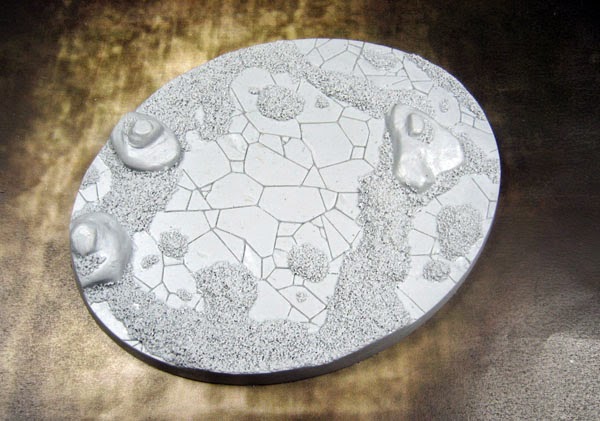 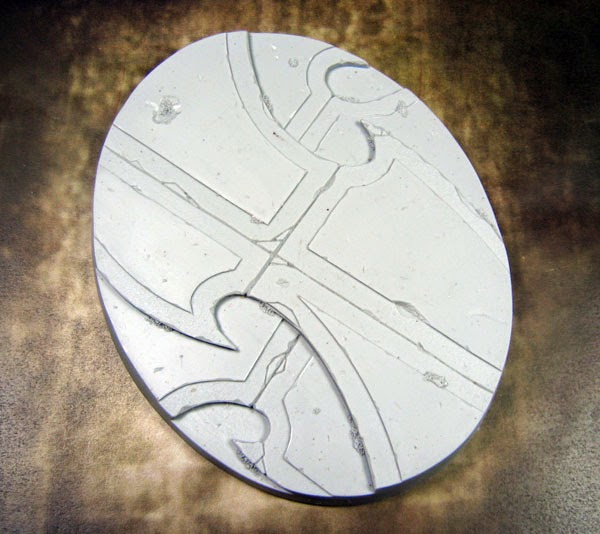 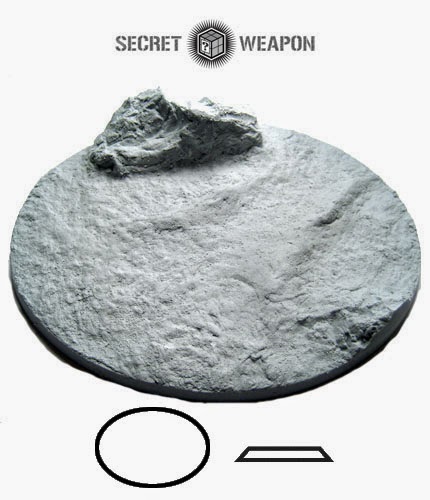 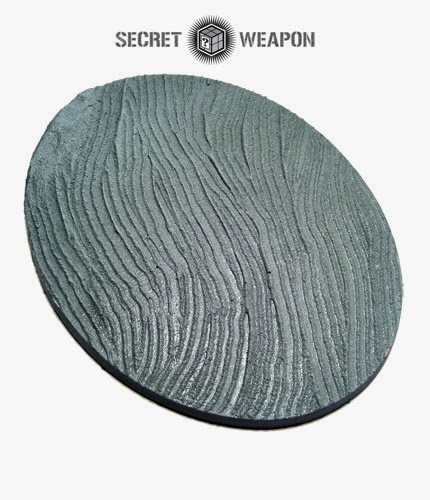 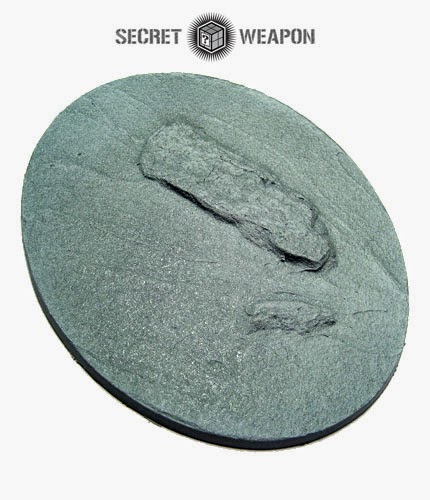 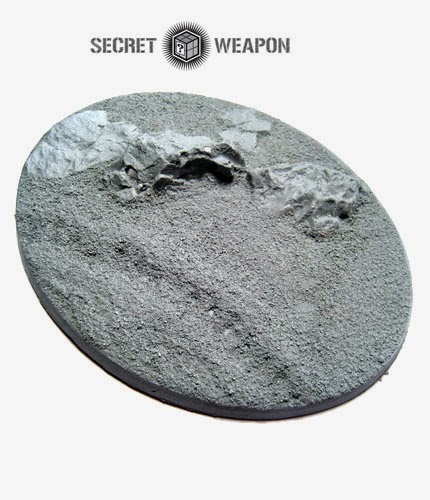 Bases 4 War - Based in the UK, these guys make some badarse Eldar themed bases. I had originally wanted to go the path of using these to base most of the Warhost, however the planetscape made it a little hard to justify for my purposes. While i've not yet purchased the Wraithlands scenic bases, I have plans on picking up a batch of the 40mm/60mm/120x95mm Oval types for my Wraithlords and Wraithknights in the very near future. 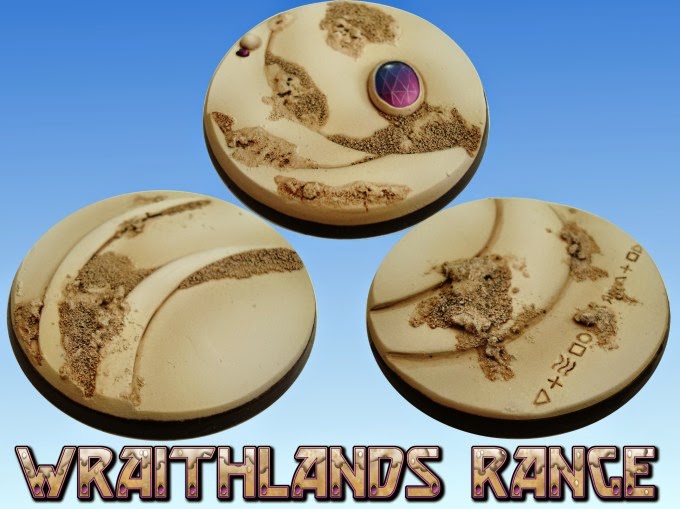 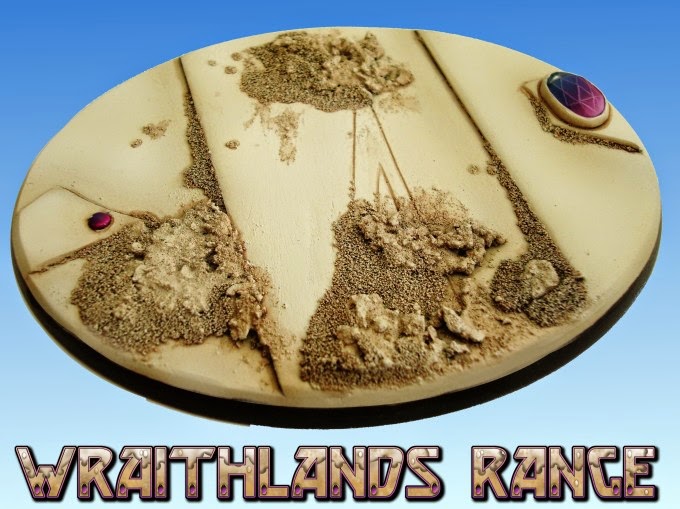 Elliot from CustomTerrain.net has been in touch the last few days with some WIP shots of the platforms being built to complement the planetscape. This is the first of many varied platforms and Webway Gates being built. Keeping in mind this is the rough shape, with details to be added, translucent portals enabling travel without platforms, etc.

On to the juicy stuff... 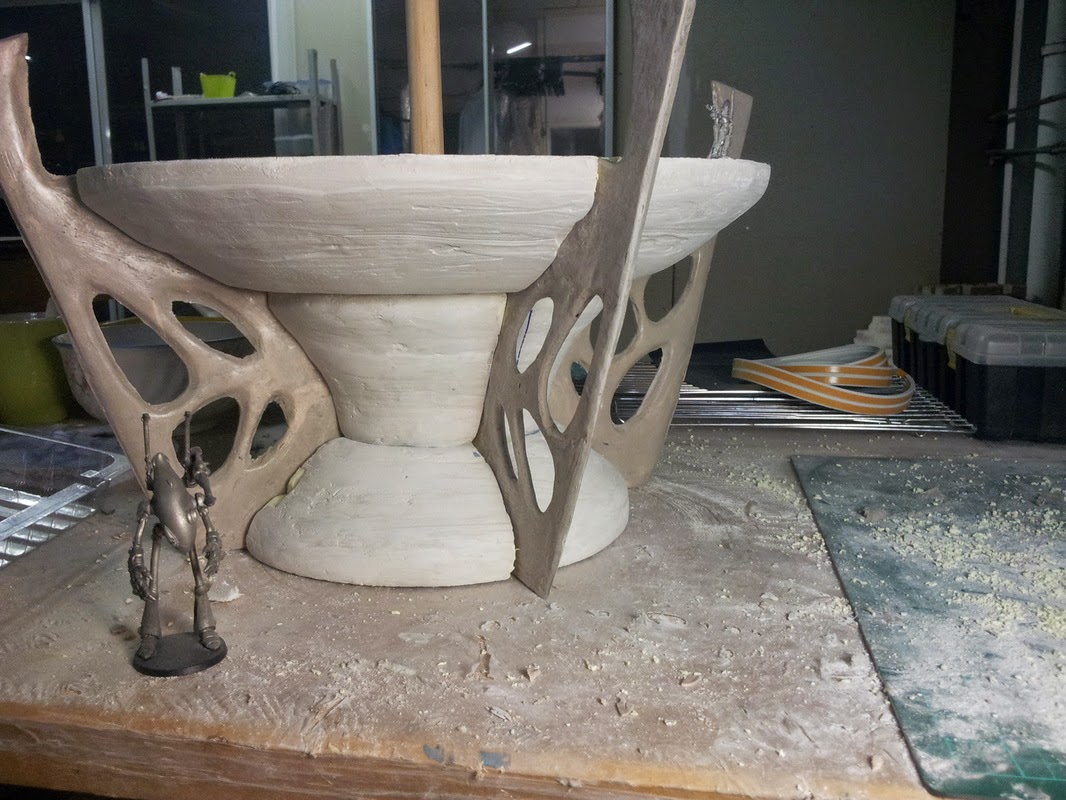 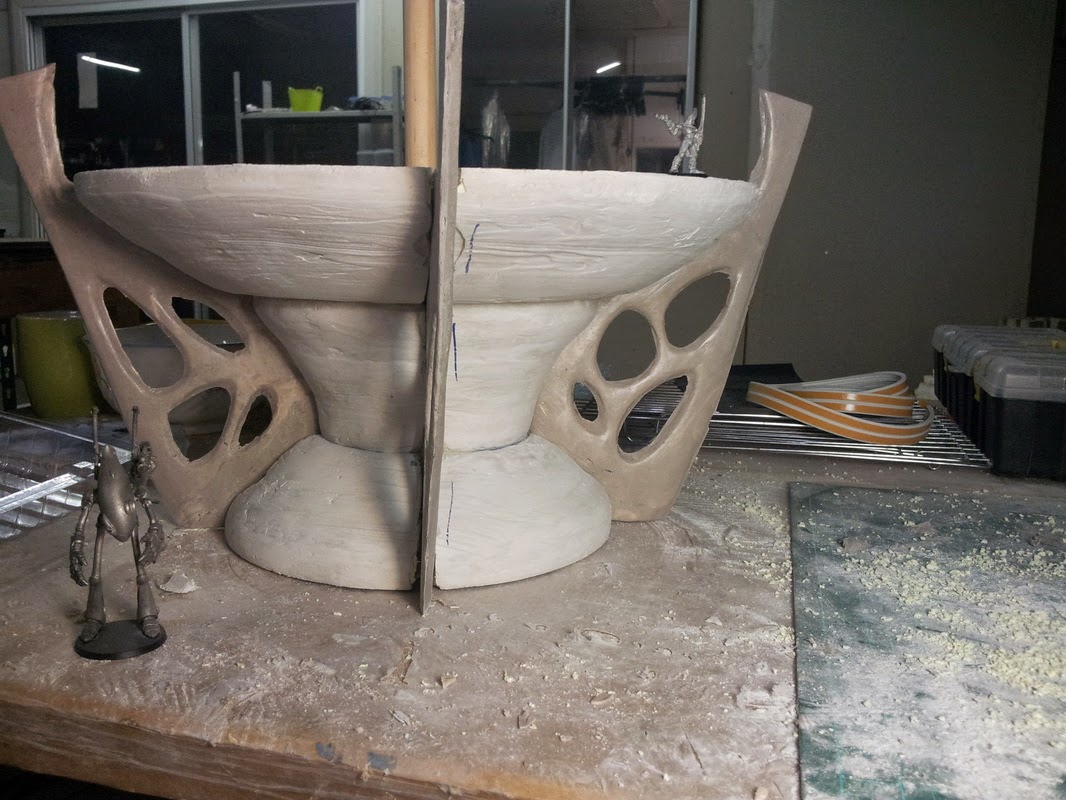 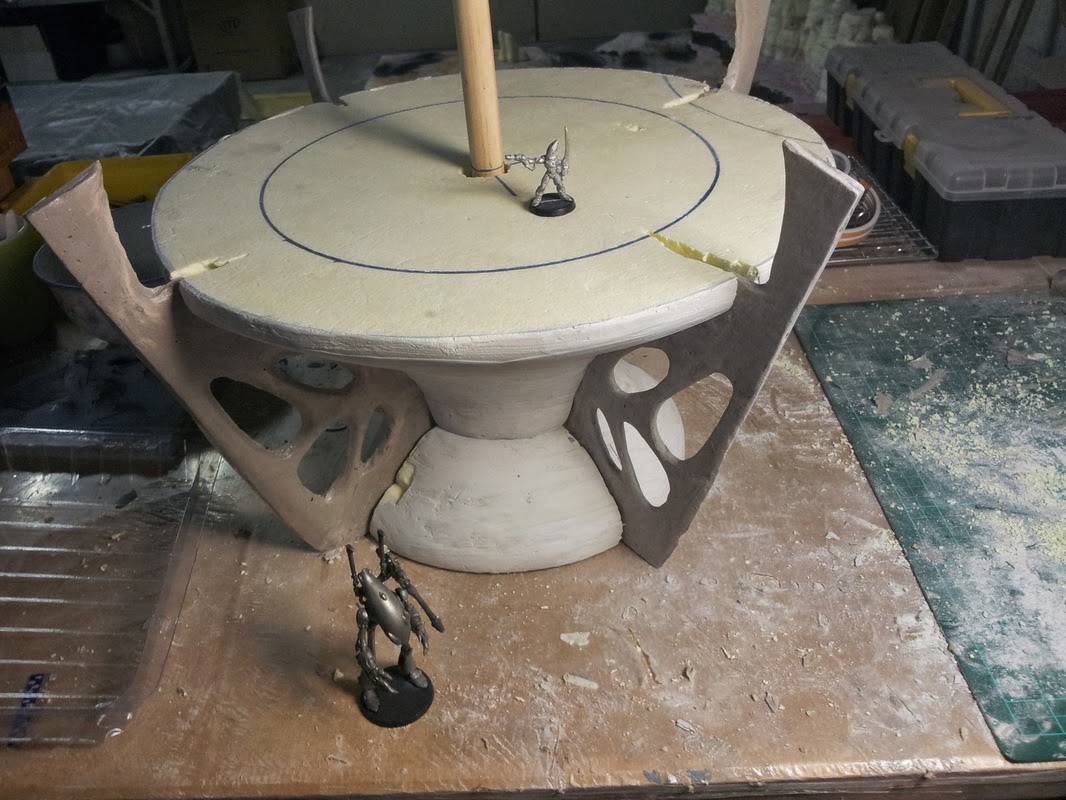 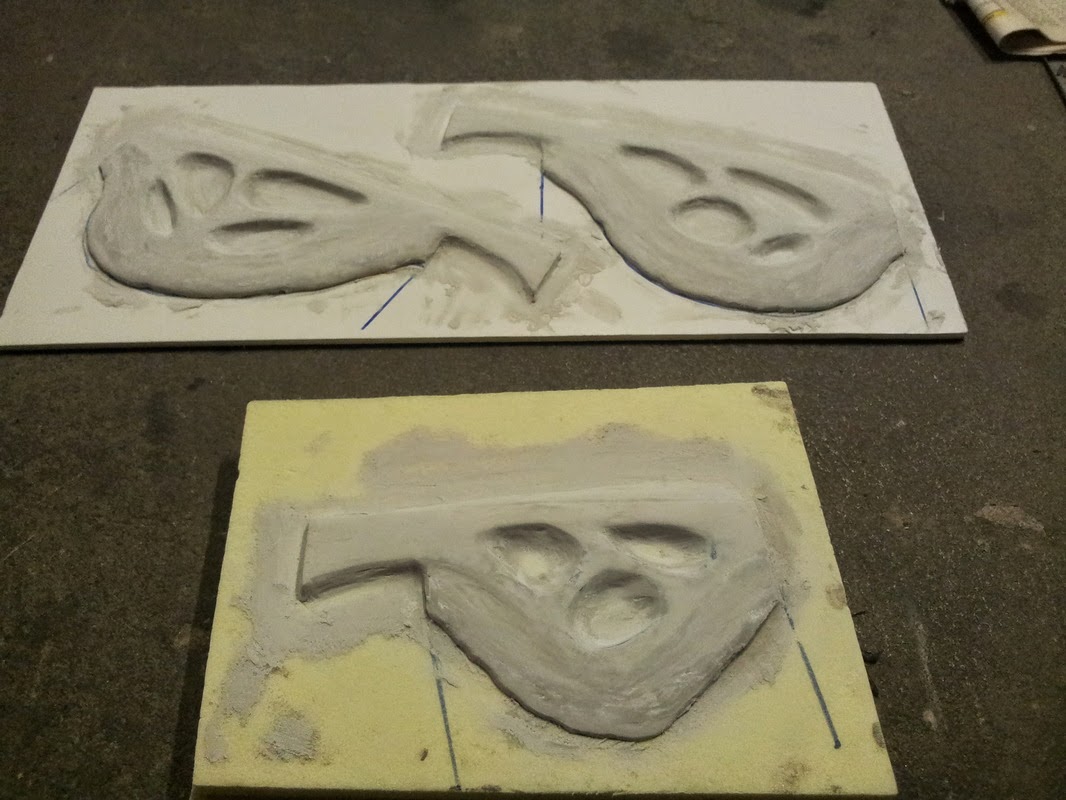